This story was posted 4 years ago
in Business, General News, Health
4 min. read

Staff at the General Hospital on Monday staged another protest in condemnation of statements made by Prime Minister Dr Keith Mitchell last Thursday during a town hall meeting in Brooklyn, New York.

At that meeting, the prime minister spoke of what he described as the “mindset and level of incompetence” of some healthcare workers which seems to be contributing to the undermining the system.

He pointed to the level of pilfering of supplies which he said is being done at all levels within the General Hospital. “The problem in Grenada with the health system concerning most issues of development is generally is not the number of persons, it is the management of the system. We could put 100 more doctors and 100 more nurses, but the mindset of certain people and the level of incompetence and the level of stealing taking place in the hospital, the more you buy things is the more they steal. It is a fact sometimes we don’t like to talk about that, but we are in a position I know over the years when you talk to people at different levels; not one set of people we got doctors doing it, we got nurses doing it, you have orderlies doing it, security people doing it. The more meat you buy is the more meat disappears.”

Following his statement, the employees of the General Hospital staged their first silent protest on Friday. On Monday employees publicly demanded the prime minister proffer an apology and complete retraction of the statement.

President of the Junior Doctors Association, Marvin Corion was quite vocal on the issue. “We are only asking for an apology and I think that if our leader cares about our health sector, if he cares for our patients on the ward he would apologise. It is his opportunity to show that he cares for not just the majority of masses who voted for him, but the entire nation.”

President of the Public Workers Union (PWU) Rachel Roberts was in solidarity with the workers at the General Hospital. “As a union, we have to empathise at this time with our health care workers who are very aggrieved and psychologically disturbed because of the statement made by the most important person in our country, the Prime Minister and made on an international scene.”

A statement from the Office of the Prime Minister on Monday stated in part that “the statements were not meant to imply that all public officers are guilty of this, but it is important to face the ugly truth that this has been happening and continues to happen across the public service.”.

The statement continued “there is no denying that there are many honest, decent and hardworking public workers who given yeoman service, often going above and beyond the call of duty, serving the government and people of this country. However, the inescapable fact is that there are also some public officers who use their position to access government resources for self-aggrandisement at the expense of the people of this country. It is the actions of this group of selfish and self-serving public officers that tarnish the image of what should be a noble profession.”

The prime minister indicated in the release that he stands ready to meet with doctors and nurses who according to the release “may have felt personally offended by my comments about rampant stealing at the General Hospital but I can categorically state that the intention was not to malign all healthcare professionals.”

Meanwhile, the National Democratic Congress (NDC) has also come to the defence of staff at the General Hospital. They too issued a statement posted on their social media page, which reads in part “equipment and medicines to say nothing of the strenuous hours in a poor working environment that existing staff are forced to function in. The stories of personal sacrifices made, and yeoman service rendered by doctors and nurses alike in the face of overwhelming challenges are epic. All of these are well known to the Minister of Health and the Prime Minister, yet, in his haste to score brownie points with his base abroad, he chose to throw the whole lot under the bus.” The release continued, “Today the National Democratic Congress stands in solidarity with the deeply wounded and aggrieved staff of our hospitals across the nation and demands an unreserved apology from our Prime Minister to them and to the nation for his most egregious remarks.” 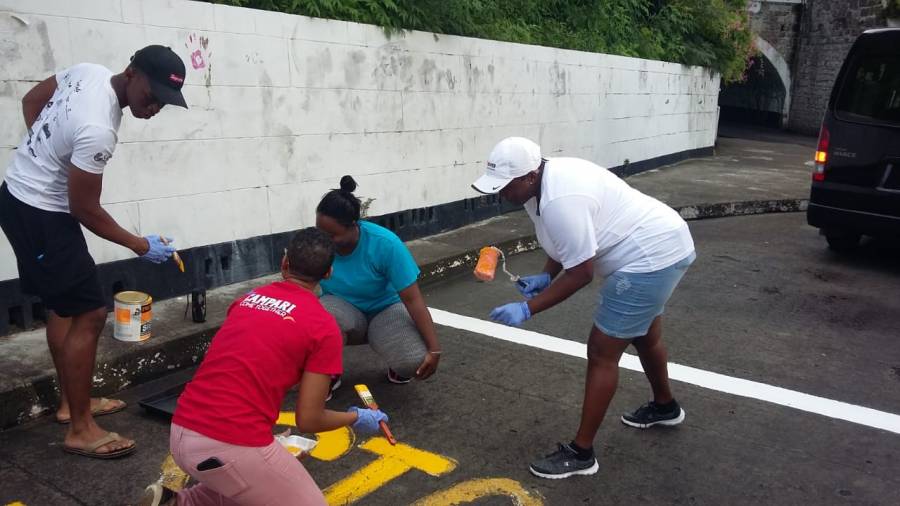