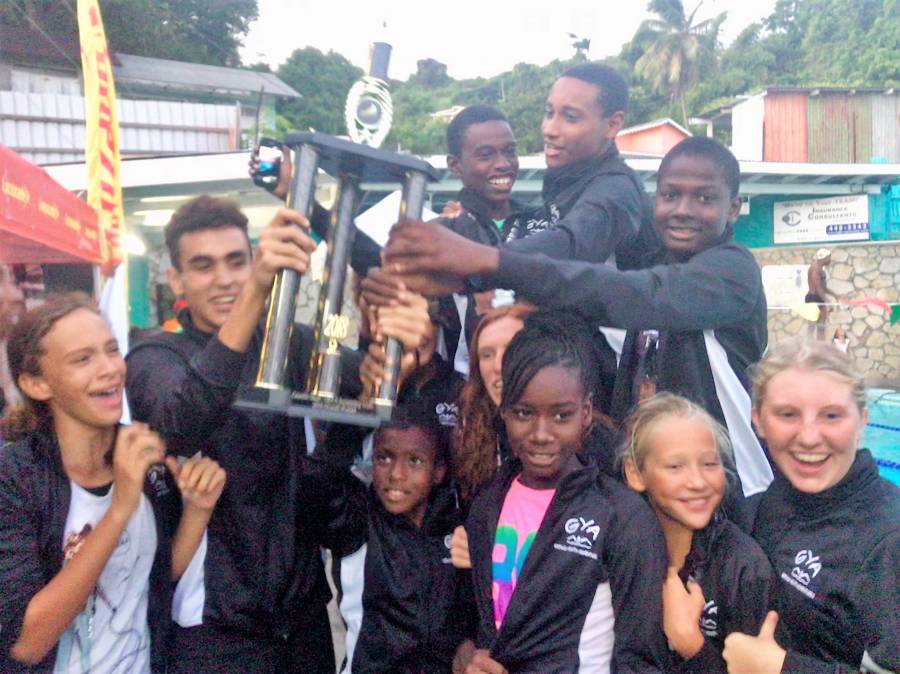 This story was posted 4 years ago
in PRESS RELEASE, Sports, Youth
2 min. read

In an unprecedented win, Coach Mandy Dean took the Sailfish Swim Club to their first Championship ever in the Grenfin Invitational held 27-30 September at Good Hope Pool. This meet that is used to determine our national swimmers.

The swim coach from South Africa, who has been in Grenada a little over 2 years, took the fledgling swim team from having one OECS swimmer on the National Team in 2015 to 8 swimmers in 2017. More are expected to represent the Grenada National team at the OECS 28th Swim Championships on 9-11 November in Antigua.

Coach Mandy is known for her no-nonsense work attitude, her great coaching skills and her love of the children. A champion athlete herself, she was ranked in the top 10 Triathletes in the world in 1989 and 1990. She has been coaching swim teams since 1996 and brings years of experience to Grenada. Laura Fletcher, VP of the Sailfish Swim Club, and parent of 3 National Swimmers made this comment after the meet. “Mandy is an amazing coach, having been a top athlete herself, and together with her technical ability and coaching style, Mandy has managed to capture the children’s attention and desire.”

The Sailfish Swim Club was started in 2012 by Deb Eastwood, Director of Grenada Youth Adventurers (GYA) to give the children from her free learn-to-swim programmes a chance to move up, compete and use their skills. It is a grassroots swim team with many sponsored swimmers. Eastwood had never swum competitively and did her best to coach the children but felt that Mandy was an “answer to prayer” when she came to Grenada in mid-2016. Eastwood recalls reading her CV and seeing how she single-handedly taught 500 children to swim in a primary school in South Africa and knew it was going to be a good fit. Her previous employer wrote, “She has a commendable patience with children and a real servant heart. No task is ever too large or small. She is self-motivated and a true professional.”

Nando Gabriel, a senior swimmer on the team, gave this tribute to Coach Mandy as the meet concluded on Sunday. “I want to say a big thanks to Coach Mandy for her magnificent coaching, patience and dedication to the team. I have become a whole lot faster and hit times that I had never hit before in my life.”

The improvement of swimmers in Mandy’s first year with the team was dramatic, and the GYA Sailfish continued to grow to such an extent, that it became its own entity (Sailfish Swim Club) in late 2017 as Deb Eastwood turned her focus more to learn-to-swim programmes. She quotes, “I am so pleased to see the results from all Mandy’s hard work and how much she has embraced the team. They truly love her, and she has motivated them to new heights.”

Indeed, she has in winning the first championship for the team since it began in 2012. Well done, Mandy Dean.

NOW Grenada is not responsible for the opinions, statements or media content presented by contributors. In case of abuse, click here to report.
Tags: deb eastwoodgrenfin invitationalmandy deansailfish swim club
Next Post 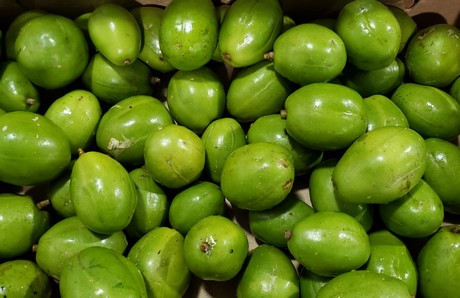 Shipments of June plums from Grenada to the US begin