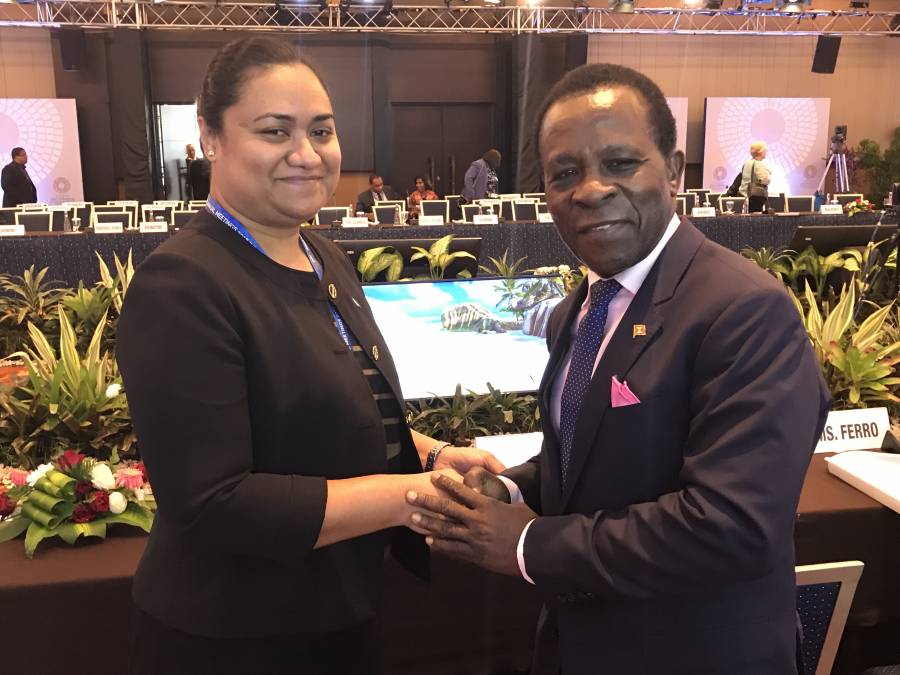 This story was posted 4 years ago
in Business, PRESS RELEASE
3 min. read

Prime Minister, Dr the Right Honourable Keith Mitchell has underscored the need for the economic resilience of small states like Grenada.

Dr Mitchell said it’s important to continue the narrative of “small states not being defined by their disadvantages, but also by their distinct advantages.” He said, “We must continue to demonstrate how nimble small players can become smart small states in fast-moving, high-value niche markets.” This, according to the Prime Minister includes “leading on the green economy, blue economy and digital economy.”

The need to focus on the blue and green economy as well as technology was one of the key streams of work in keeping with the priority areas identified for small states.

Highlighting successes during his tenure as Chairman, Dr Mitchell said core allocations for small states eligible for International Development Assistance (IDA) have more than doubled from US $0.7 billion under IDA-17 to US $1.5 billion under IDA-18.

Referencing benefits specific to Grenada, Dr Mitchell said, “We agreed with the World Bank that almost 50% of our IDA would be fast-tracked and front-loaded as budgetary support. This transaction which received board approval earlier this year has been called the World’s First Fiscal Resilience and Blue Growth Development Policy Operation.”

Acknowledging the increasing vulnerability of small states to climate change impacts, the Prime Minister said there is need for greater investment in resilience. “Given the risks we face, we cannot afford to borrow expensively. Therefore, more access to highly concessional finance is vital,” he told delegates.

Since the 2015 Small States Forum, members agreed on a number of priorities such as inclusion of vulnerability as a criterion for concessional financing; predictability of affordable financing; debt sustainability; access to new and existing climate change financing; capacity building and technical assistance; diversification of small states’ economies and accessing financial markets.

As he handed over the chairmanship Thursday, Dr Mitchell provided an update on the status of these priorities. He said, “We have made progress in terms of the vulnerability report, but urgent follow-up is needed. We have made significant strides with the predictability of affordable financing, particularly through IDA and we look forward to new developments with the International Bank for Reconstruction and Development.”

He noted too, that many small states have taken on the mantra of debt sustainability and the Caribbean has made significant progress on access to new and existing climate financing, demonstrated through the recent launch of the Caribbean Climate Smart Accelerator, which has already attracted more than $1 billion in financing.

The Grenadian leader commended the World Bank for its continued engagement with small states and expressed full confidence in the ability of Fiji which has assumed chairmanship, to continue spearheading initiatives undertaken by the Small States Forum.

The Small States Forum is held during the Annual Meeting of the World Bank and International Monetary Fund. Chairmanship of the forum rotates among member states every two years.

NOW Grenada is not responsible for the opinions, statements or media content presented by contributors. In case of abuse, click here to report.
Tags: fijiindonesiainternational monetary fundmakareta konrotesmall states forumworld bank
Next Post