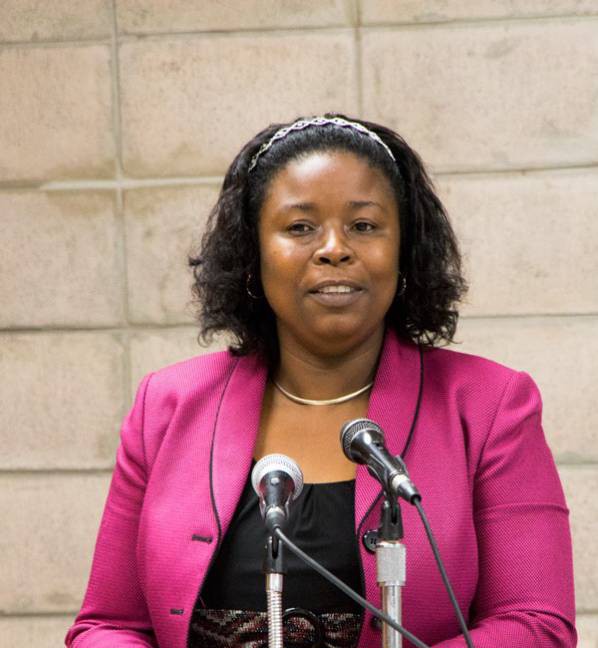 This story was posted 4 years ago
in Health
2 min. read

Social Development Minister Delma Thomas has expressed her disgust about a recent video which showed a mentally challenged young woman in a demeaning sexual manner. She has announced that the police are investigating the origin and redistribution with a view to pressing criminal charges.

“The video has been transmitted to thousands of people. On the video what appears to be the voice of 2 men taking pleasure in conducting the filming as well as making inappropriate, demeaning remarks,” Thomas said when she spoke on the adjournment of a special sitting of the Lower House of Parliament on Friday.

Informing the House that police identified the young woman who was then taken to the relevant institution for treatment, Thomas said the young lady has a long history of mental illness and called for society to be more sensitive to people with mental illness.

“What was seen on the tape was not a girl, a woman or sister deserving of ridicule but a fellow human deserving of our help and intervention. At a time when she was most vulnerable, we as a society failed her. The young men who took the energy and the effort to film her so that she could be the object of ridicule, should have used the same energy to reach out to help her,” said Thomas as she called for people to change their attitude towards mentally ill persons.

“To the scores of people who have distributed the video and who have taken pleasure in extending the scope of the video should think deep within themselves,” said Thomas who told the sitting that mentally ill people are not crazy. “They are sick like other people who have an ailment, and we have to do a better job at identifying people with mental illness and not dismissing that behaviour for what it’s not.”

Explaining that mental illness comes in many forms, she said that science has provided for the different forms to be “manageable and treatable.”

“The time has come to discuss and debate whether our system is adequately set up to identify people with mental disorder and if enough resources are being put in place once they are identified. We can no longer afford to dismiss people with such challenges,” Thomas said.

NOW Grenada is not responsible for the opinions, statements or media content presented by contributors. In case of abuse, click here to report.
Tags: delma thomaslinda strakermental illnesspolice
Next Post