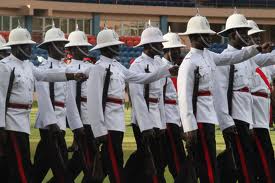 Police officers to vote on 2 November, ahead of 6 November referendum

Police officers to vote on 2 November, ahead of 6 November referendum

The revised voters list showed 79,401 have registered to vote for the upcoming referendum to accept Caribbean Court of Justice (CCJ) as Grenada’s final appellate court.

On 2 November, police officers will start the voting process ahead of the referendum on 6 November.

Voter and Civic Registration Officer with the Parliamentary Elections Office, Ferdinand Phillip, said, “All things being equal, polls will be open for police officers in the constituency where they live. In several cases we are utilising, once there is an available police station it will be utilised, but if it is not available, I believe the standard operating procedure is that the constituency office in that constituency will be used, but it’s going to be open from 5 am and closed at 5 pm. We envision that we will have monitors on that day, so everything occurs as it would on general polling day but just the difference that the police are going to be voting on the second of November.”

According to Phillip, presiding officers, and poll clerk officers are currently being trained. “The office is very heavily engaged in training both at the constituency level and at the national level, culminating on 23 October. We will have 3 major training sessions which will capture all of our presiding officers and poll clerks ensuring that everyone is on the same page some referendum day.”

The Parliamentary Elections Office continues its appeal for community groups to submit names for people wishing to serve as monitors on referendum day.

“We are making an appeal for election monitors. Just to remind people whereas in a general election you have agents, in a referendum, the legislation makes provision for monitors and so they must be proposed by a community group. Therefore, we would like to appeal to those youth groups out there to see this as a golden opportunity to involve young people in our nation-building process. So, we are again appealing to these groups to get their list of people, communicate with the office and we would take it from there so that come referendum morning both on the 2nd and the 6th we would have a full slate of monitors overseeing the whole process.”

The law mandates that monitors from reputable organisations or community groups must observe the referendum process to ensure a smooth referendum. The date for the filing of claims and objections ended on Monday, 15 October 2018.

NOW Grenada is not responsible for the opinions, statements or media content presented by contributors. In case of abuse, click here to report.
Tags: caribbean court of justiceccj referendumcurlan campbellmonitorsparliamentary elections officepolicereferendumvote
Next Post