Statement by the National Democratic Congress on the upcoming referendum

Statement by the National Democratic Congress on the upcoming referendum

The National Democratic Congress (hereafter “the NDC”) reiterates that it not opposed to the move for Grenada’s accession to the appellate jurisdiction of the Caribbean Court of Justice (hereafter “the CCJ”). We acknowledge that ultimately, the court must be embraced by all Caribbean peoples because it embodies our Caribbean identity and independence.

The NDC stands firm in the belief that certain matters of national importance, such as amending our constitution and strengthening and restoring integrity in our electoral system, go to the heart of our democracy and must thus transcend political party lines.

That is why in light of the upcoming vote on the CCJ, the NDC reached out to government and extended an invitation for both parties to work together to strengthen our electoral system and to achieve success in the referendum. Strengthening our electoral system is essential before another vote is held, especially a vote to change our constitution, if we are to win the confidence of the broadest cross-section of our people.

The need for electoral reform before another vote was emphasised by the Caricom and OAS Observer Missions that monitored our 2013 and 2018 general elections. Both missions highlighted flaws in the system and they recommended how those flaws may be addressed.

The NDC took the view that since the upcoming referendum on the CCJ will be a vote, under the same flawed electoral system, it should seek co-operation with government to address these matters on a bi-partisan basis.

Government acknowledged that electoral reform was needed and that a bi-partisan approach to that issue and to the referendum on the CCJ is desired. government and the NDC then engaged in what we thought were positive discussions towards achieving both objectives in the national interest.

Government in principle agreed to electoral reform but was not inclined to address all of the issues before the referendum. Government wanted to postpone all except one (1) of the reform issues until after the referendum. Other than to say there wasn’t enough time, government did not give a reason for wanting this delay. Because it was generally not opposed to the reforms, the NDC does not believe that insufficient time was the real reason why government was not willing to proceed with the necessary reforms.

Taking us by complete surprise, government rushed to Parliament on 5 and 8 October 2018 and passed an amendment to the electoral law, the Representation of the People Act. This amendment only addressed 1 of the 8 areas for reform that we were discussing.

In addition to the issues of electoral reform, the NDC agrees with the position of the Trade Unions’ Council that the CCJ bill is deficient in that it does not allow for the CCJ to be the final court of appeal in cases related to the outcome of general elections. There is no good and justifiable reason why the bill does not allow for this. The NDC agrees with the TUC that the bill should be amended to include this provision.

Several legal minds have pointed out specific errors and flaws in the bill that should be rectified before the people of Grenada are asked to vote on it. The NDC believes that government should take time to address and correct these flaws where they exist. A bill to amend our constitution is not like any other bill. It cannot be amended simply by passing another law. To amend it, another referendum will be required and that will mean more taxpayers’ money being spent, which can be entirely avoided.

The NDC therefore calls on government to postpone the referendum date so that all of the above matters can be addressed and the people of Grenada can move forward united as one, as we make the CCJ our final appellate court under a strengthened electoral system.

All of the steps taken by the NDC were done in good faith as we consider it our patriotic duty to put country before party on these matters. We urge on the NNP government to do likewise, put country before narrow political interests.

In the same patriotic spirit, the NDC announces that we will not support the referendum bill as it stands now and will encourage all patriotic Grenadians to take a similar position if government does not take steps to resolve the matters mentioned above before 6 November 2018.

NOW Grenada is not responsible for the opinions, statements or media content presented by contributors. In case of abuse, click here to report.
Tags: caribbean court of justicenational democratic congress
Next Post 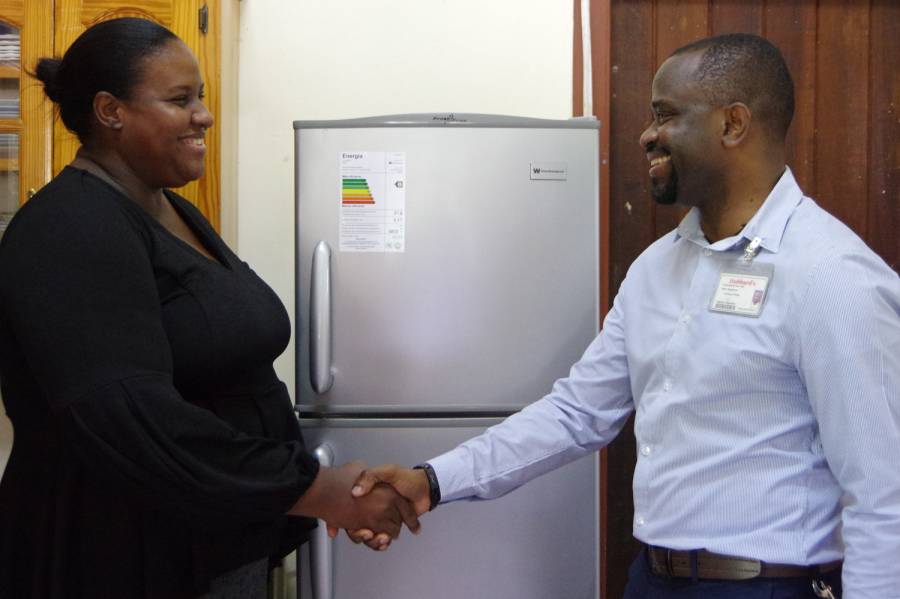 Hubbard’s comes to the aid of Rose Hill Infant School