The CCJ – OUR OWN to embrace and refine

The CCJ – OUR OWN to embrace and refine

This story was posted 4 years ago
in OPINION/COMMENTARY, Politics
6 min. read

The referendum debate has thrown up valid arguments on both sides.

Grenadians have proven that they can raise hard questions and respectfully confront burning, controversial issues. As Grenadians, we are often hard on ourselves. We do not sufficiently realise the extent to which our public discourse is a reflection of our collective selves – unapologetically passionate and intense; yet cool, relaxed and peaceful. We must never take this for granted. In many parts of the world, a highly charged issue, such as the decision on a country’s final court of appeal, may lead to conflict and breakdown. Grenadians must be commended for utilising various forms of media to ventilate the issues while remaining true to the essence of who we are. Against this background, I have chosen to write this article to address several issues in the debate and importantly, to remind us of some of the core values that have defined us as Grenadian and Caribbean people.

One of the contentions against Grenada’s accession to the CCJ is the “fix the lower courts first” argument. This line of reasoning has serious merit and should not be ignored. In 1993 I worked in the Ministry of Legal Affairs and was often frustrated by how under-resourced the justice sector was – and still is. Unlike tourism and infrastructure, for example, the justice sector is not seen as a critical pillar of development. The debate on the CCJ offers an opportunity for a paradigm shift to elevate the justice sector as a national development priority. There can be no sustainable development without an efficient, fair, accessible judicial system. Access to justice is one of the hallmarks of any well-functioning democracy. Therefore, every arm of the judicial system must be adequately resourced and must function effectively. I commend the Government for its plans to establish a Halls of Justice. This is long over-due. However, there must be short, medium and long-term plans to arrest the problems that have infested the judicial system. The government needs to listen to the people it has been elected to serve and with a sense of urgency remedy the deficiencies in the lower courts so ordinary Grenadian women and men can have genuine access to justice. That being said, I believe it is equally important for us to have a sense of urgency to make the CCJ Grenada’s final appellate court. Why do I say so? I am sure we can all agree that the world is becoming more dangerously insular, xenophobic and racist.

The Judicial Committee of the Privy Council is not OUR OWN. We have no control over its continued existence. Sir Ronald Sanders reminded us recently that, “…eight of the ten Commonwealth countries that still cling to the Judicial Committee of the Privy Council as their final court of appeal are Caribbean Community states. Forty-three of the 52 remaining Commonwealth countries (not counting Britain) have long since left this hang-over of British colonialism.” Britain itself does not use the Privy Council. What guarantee do we have that the Privy Council will always be available to us? So even as we fix the lower courts – as we must – I propose that we exercise strategic foresight and accede to the CCJ as Grenada’s final court of appeal. If we do not do so voluntarily, we may be forced to do so by a British government that is becoming increasingly inward-looking.

Another matter that has been raised, particularly by the Grenada Trades Union Council (TUC), is the question of Section 37(7) of the Grenada Constitution. In a broad sense, this section addresses the validity of appointments to all levels of Parliament. As it currently stands, given section 37(7), election petitions cannot be heard by the Privy Council. The TUC is calling for an amendment to the current bill so that such matters can be heard by the CCJ. This is a valid call. The counter argument by the proponents of the Bill is, if the referendum is held in November and someone votes NO on that basis, the status quo still remains; that is, the Privy Council will still not hear such appeals. However, advocates who argue against a rush to the CCJ, are calling for a postponement of the November referendum to make that particular amendment to ‘get it right.’ As a proponent of democracy, I am disappointed that the crafters of the Bill did not have the fortitude to address this most important matter. Given Grenada’s electoral history, an amendment to Section 37(7) would have allowed Grenada to break new ground by deepening democracy in that regard. However, as a political scientist, I am of the view that while such an amendment is noble, it is hardly likely that any RULING political party would champion this cause. Unfortunately, that is the reality of our political culture. If the NDC had formed the government in 2018 and had called a referendum on the CCJ, I doubt strongly whether it would have amended Section 37(7). Similarly, if the NNP were in opposition, it may have vehemently opposed the referendum on that basis. There is no win-win on this issue. It boils down to raw politics. Realist theorists remind us that, it is not what should be, but what is. Now, the question becomes, all things being considered, is the omission of an amendment to Section 37(7) sufficient to warrant a NO vote on November 2 and 6? In my view, since it is hardly likely that this amendment will be made by any ruling party, given the other benefits that the CCJ offers, Grenada’s accession to the CCJ in its appellate jurisdiction should not be held hostage to partisan zero-sum domestic politics.

As Grenadians exercise the right to determine whether our final appellate court should remain with the Privy Council or whether we should accede to the CCJ, I wish to remind us of some of the core values that should define us as Grenadian and Caribbean people. First, given our history of subjugation, self-belief must always triumph over self-doubt. Let’s believe in and embrace the CCJ as our own – flawed and imperfect as we are – but OURS to claim and refine. Second, given our history of external domination, let’s reach for that instinct within us that values freedom. Let us never forget that the Privy Council represents the relics of a colonial enterprise that stripped us of our ability to determine our own affairs. For former colonial “masters” we were not human enough to think for ourselves. We were not human enough to chart our own course or master our own destiny. It goes against our dignity to continue to loiter on erstwhile colonial steps. How dare we hang on? Why must we linger on? Whatever our political affiliations, what we have in common is a collective dignity that must be preserved. Let’s show the Caribbean and the world that we can stand tall for a large cause. Third, since we were historically stripped of our humanity, we have a responsibility to redefine ourselves as we defend our patrimony.

Finally, on the question of patrimony, I wish to commend the Save the Camerhogne Park Committee for its activism to save the park, whose use is undoubtedly part of Grenada’s patrimony. My motivation to support the save the Camerhogne park struggle is underpinned by the fact that IT IS OUR OWN and any self-respecting people must fight for, fully utilise and defend what is theirs. In the same vein, as Grenadians prepare to vote on November 2 and 6 on “The Caribbean Court of Justice and Renaming of the Court Amendment Bill 2018,” I am equally motivated by the fact that the CCJ is OUR OWN – ours to embrace and continuously refine.

Wendy C Grenade is a Grenadian who is a Senior Political Scientist and the Head, Department of Government, Sociology, Social Work and Psychology, The University of the West Indies, Cave Hill Campus, Barbados.

NOW Grenada is not responsible for the opinions, statements or media content presented by contributors. In case of abuse, click here to report.
Tags: caribbean court of justiceccjcourt of appealprivy councilreferendumwendy grenade
Next Post 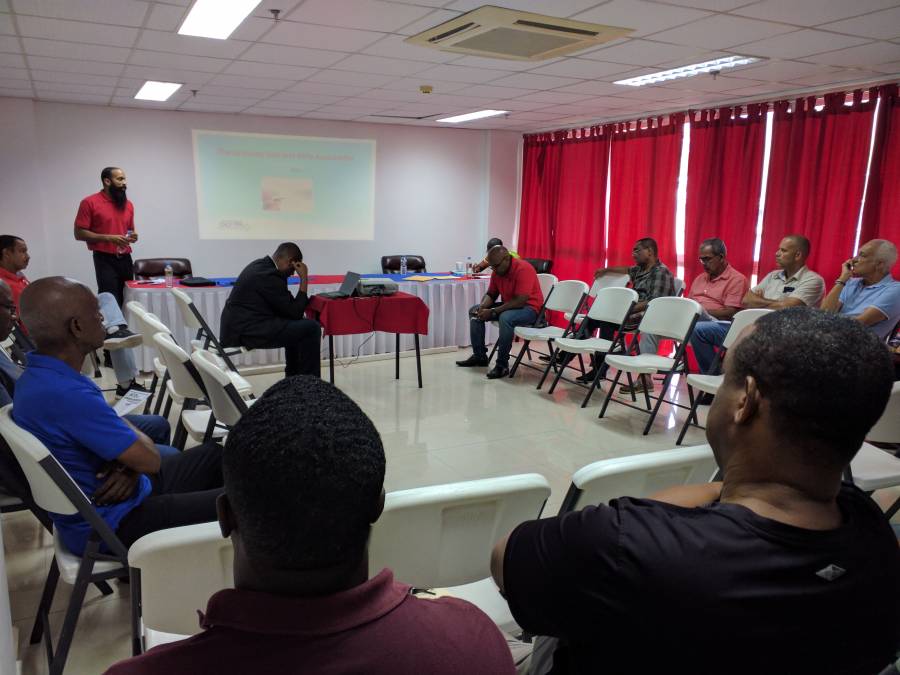