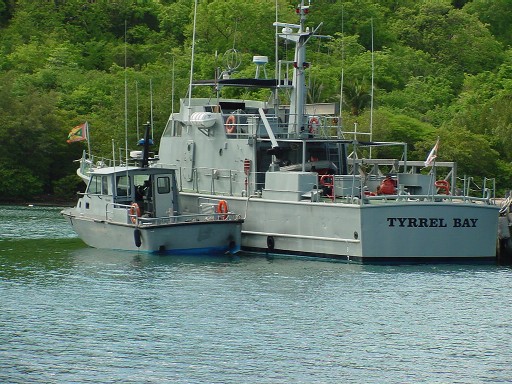 The other Tyrrel Bay story

The other Tyrrel Bay story

This story was posted 4 years ago
in Environment, OPINION/COMMENTARY, Travel/Tourism
2 min. read

On 25 September 2018 a decommissioned Grenada coast guard vessel, the Tyrrel (Tyrell) Bay was scuttled one mile off the Grand Anse beach, to be utilised as a dive site.

This transition was organised by the GSDA, CCB, GTA, GPA, MOH, SOL, GHTA, the RGPF and other stakeholders. The Grenada Coast Guard patrol vessel Tyrrel Bay (PB-01), was a Guardian-class patrol boat, that was ordered by and designed for the Grenadian Coast Guard. Built by Lantana boatyard in Florida, USA, the vessel entered service in 1984. She had a displacement of 94 long tons, a length of 106 ft, a beam of 20 ft, and a draft of 7ft. Her propulsion was provided by 3 GM Detroit diesel engines 12V71T1 with a 21-ton fuel capacity. Her top speed was 24 knots. A compliment of 4 officers and 12 enlisted men were provided for. Armament, 2 x single 12.7 mm machine guns and 2 single 7.62mm machine guns.

The vessel Tyrrel Bay, in her heyday, was captained by Grenada’s Coast Guard Commander Bernard I C Byer (deceased). Commander Byer not only facilitated the vessel’s layout and design, but personally delivered the ship to Grenada on her maiden voyage from Florida USA in 1984, when she was commissioned.

Deputy Commissioner of the RGPF (presently on active duty) Franklyn Redhead, was also a commandant of Tyrrel Bay. In 1992 when Commander Byer passed away after a brief illness whilst on coastguard duties in China, his ashes were interred at sea. As a tribute, a moving ceremonial sendoff was held on the decks of the Tyrrel Bay, his old command. Grenadian coastguardsmen in formal dress attire, family members, and close friends committed commander Byer’s ashes to the sea at a position a half a mile to the west off the city of St George’s, the town where he was born.

As fate would have it, this position is in very close proximity to the spot where Tyrrel Bay herself was eventually laid to rest some 26 years later. A captain and his vessel reunited for eternity.

NOW Grenada is not responsible for the opinions, statements or media content presented by contributors. In case of abuse, click here to report.
Tags: bernard byercoast guarddive sitefranklyn redheadroger byertyrrel bay
Next Post 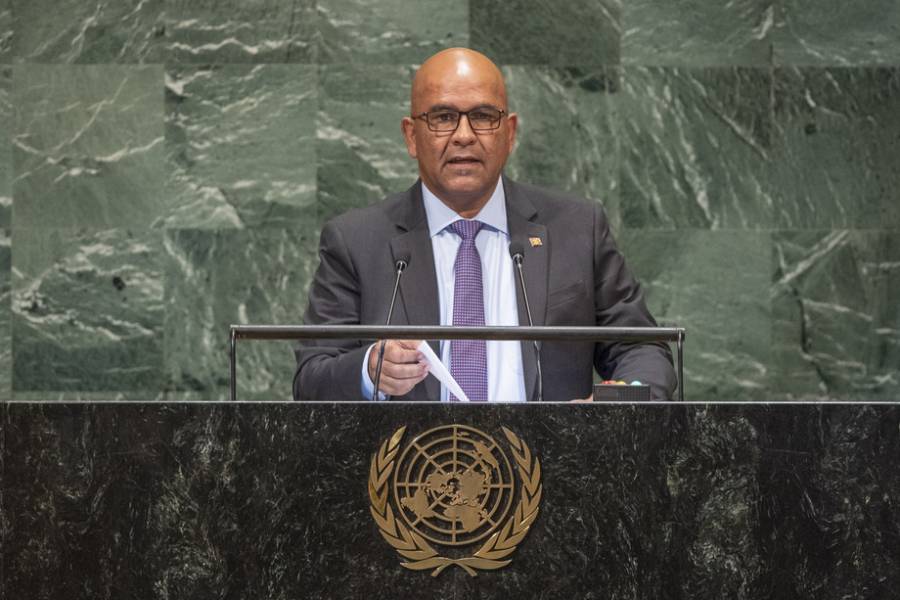