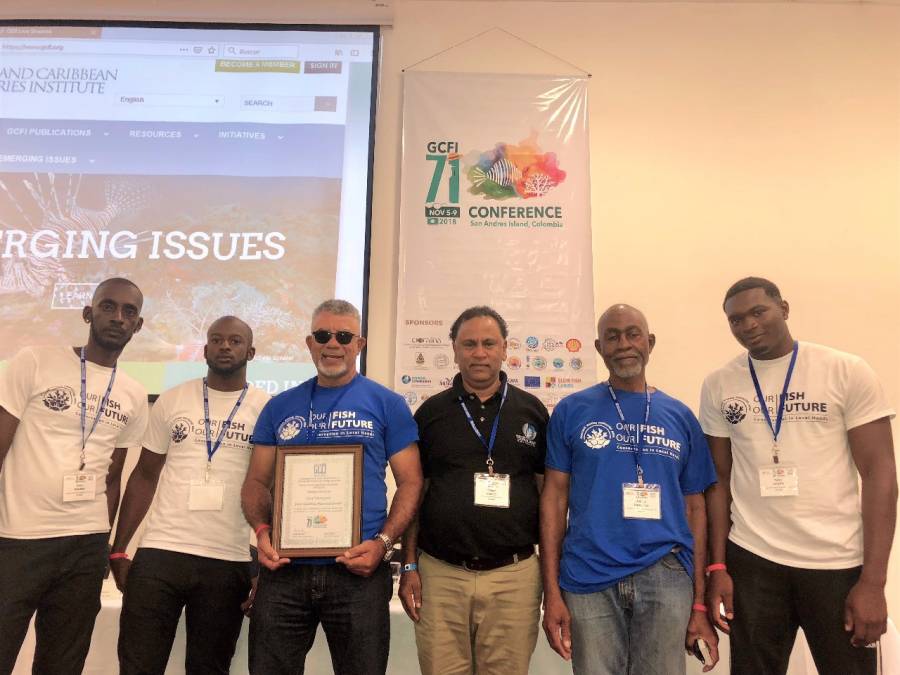 This story was posted 3 years ago
in Education, Environment
2 min. read

Gouyave fisher Cecil Marquez has received the Gladding Memorial Award, an annual award presented to select fishers who demonstrate significant commitment to the sustainable use and long-term conservation of marine resources in the Gulf and Caribbean region.

Marquez was nominated by Roland Baldeo of the Grenada Coral Reef Foundation. The award was presented during the 71st Annual Gulf and Caribbean Fisheries Institute (GCFI) Conference taking place in San Andres, Colombia from 5-9 November 2018. Marquez is the first fisher from the Eastern Caribbean to receive this outstanding award. As part of the award, he was supported by GCFI to attend the GCFI conference. Three other members of the Gouyave Fishermen Cooperative Society Limited were supported through the Grenada Community Development Agency (GRENCODA) 5Cs Project to attend the GCFI conference, Tylon Joseph, Sean Walker and Aldwyn Ferguson as part of a knowledge exchange where the fishers presented on the outcome of the fishers’ awareness campaign in Gouyave and neighbouring communities. The members of the Gouyave Fishermen Cooperative Society Limited have been working together with the local project implementing agency, GRENCODA, Fisheries Division and other stakeholders over the past year towards the establishment of a Marine Protected Area (MPA) in Gouyave. Also presented at the conference was the outcome of the Biorock Pilot Project in Gouyave. Coral Nursery Coordinator, Denzel Adams and Roland Baldeo of the Coral Reef Foundation are also attending the conference. 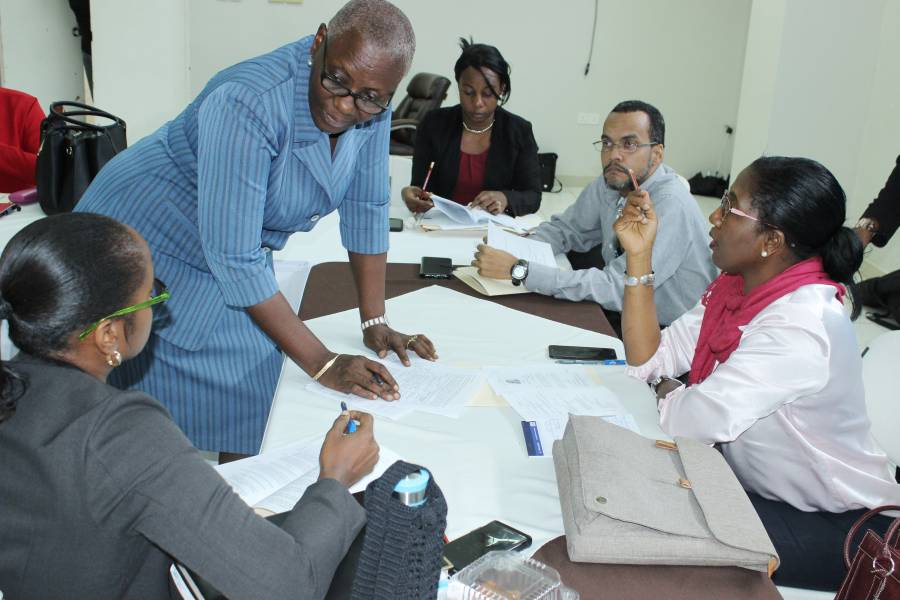 Progress on the road to educational accreditation