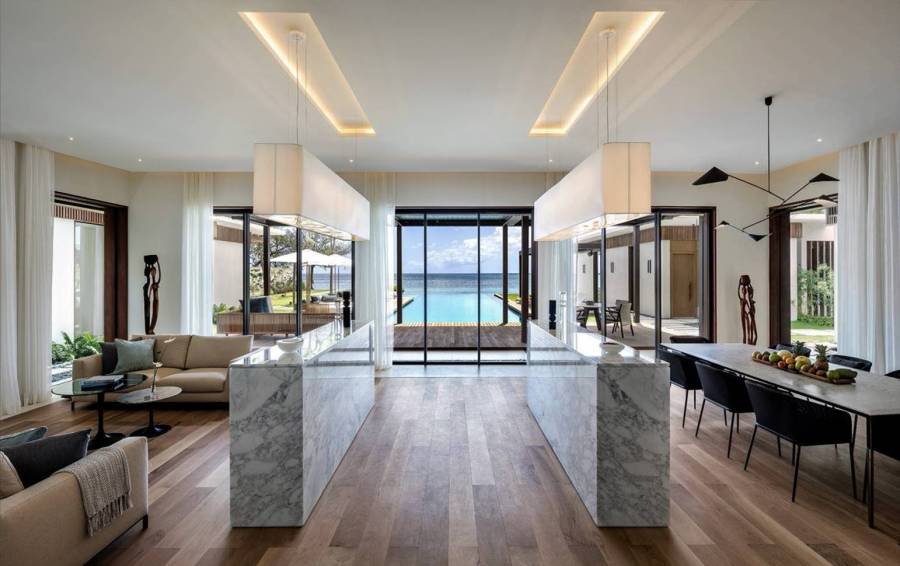 Naguib Sawiris, owner of Silversands, Grenada’s newest hotel, disclosed his goal is to increase Grenada’s hotel room stock by 30% in the coming years with the building of 2 additional properties.

Speaking at the reception to officially open the property on Thursday, 22 November 2018 at Grand Anse beach, Sawiris gave the assurance that his promised investment would become a reality, profits will be re-invested into the country and none of his property will restrict Grenadians from using the beaches where they are located. “We will build 2 more properties on this island, we will start construction next year,” he told the hundreds of guests comprising villa owners, government officials, parliamentarians and others.

Chief Executive Officer of the Grenada Tourism Authority (GTA) Patricia Maher said that at present there are just over 2,000 rooms. “We at the GTA have licenced and certified 2,163 rooms, and this will bring us closer to 3,000. That is good news, that is very exciting,” said Maher who recently reported that Grenada would surpass its target of welcoming 500,000 guests to the island in 2018.

Disputing claims that the beach area in front of his property will be private, Sawiris said, “Anyone that tells you this is a private beach, tell them to go have a swim.”

The sod turning ceremony to build the 52-unit Silversands Grenada was held in January 2015. Since then, Naguib Sawiris has invested over US$125,000,000 to build the intimate luxury resort. Since construction started, the number of construction jobs has fluctuated, and at its peak, there have been over 500 construction workers employed.

The first guests will be checking in on 1 December, and there are 210 Silversands team members currently working. A statement from the hotel said that “as the resort becomes fully operational, there will be just over 300 full-time employees.”