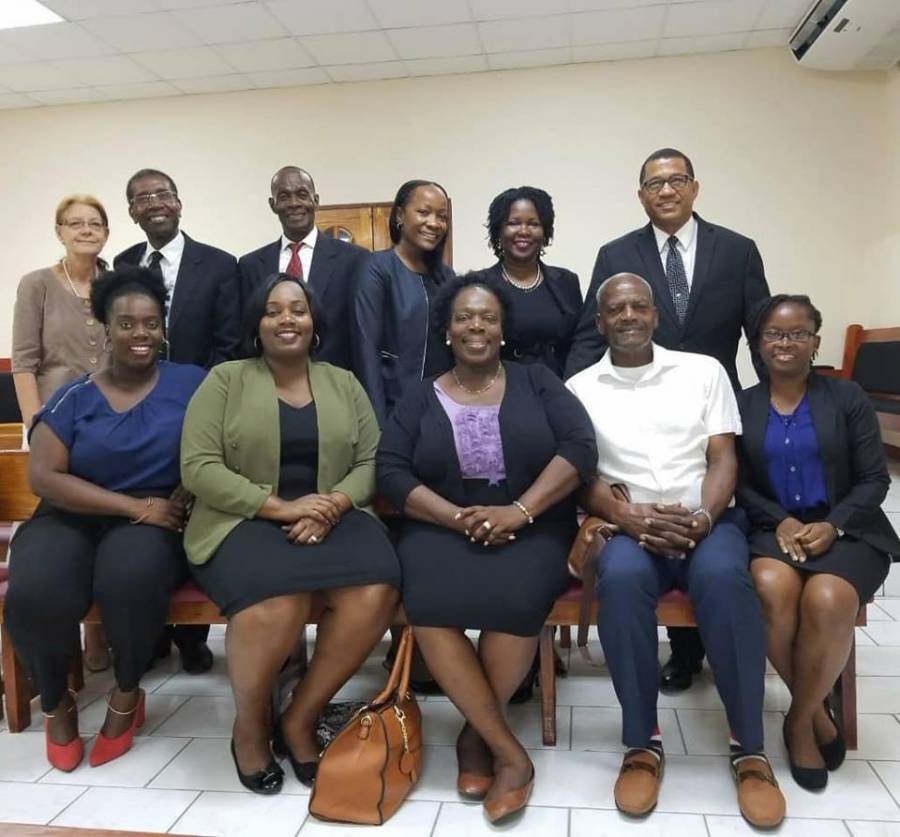 The Gilbert family inches closure to acquiring leave to commence a proceeding against Barbados for breach of their freedom of movement rights. The case was heard last Thursday, 8 November by the Caribbean Court of Justice (CCJ) which used video conferencing technology for the first time, to hear the case management aspect against Barbados.

The Gilbert family is seeking legal redress for being subjected to a strip search over a false accusation of stealing a mobile phone while shopping in Barbados while they visited briefly to renew their visa at the United States Embassy in October 2016.

The intervention of the Royal Barbados Police Force (RBPF), has become the subject of scrutiny after the Gilberts allege that they were subjected to inhumane treatment by the police officers after being detained for questioning.

Attorney at Law Ruggles Ferguson of Ciboney Chambers is representing the family. He indicated that a hearing had been set for mid-January 2019, after which the family will know if they would be allowed leave to commence proceedings. However, he said there are some legal proceedings that must be held before the case hearing. “The hearing has now been set arising from the case management conference for January 15th, 2019 at 10 am and you have the dates set for both Barbados and Grenada to present written submissions with respect to the legal question whether or not there was a breach of freedom of movement rights in favour of the Gilbert Family. So, we have to present our arguments on November 22nd and Barbados is to reply by the 6th of December and we have to do a final reply if necessary, by the 17th of December.”

Ferguson stated this matter falls under Section 45 of the Revised Treaty of Chaguaramas which deals with the free movement of people and goods across the Caribbean Community (Caricom). He said having the case heard in record time is another attractive feature of the Caribbean Court of Justice (CCJ) citing that these matters are quickly dispensed. “So we filed in September then you have case management in early November, and you have a date set, and hopefully judgment will come soon after that; so even though it’s case management, which really is identifying the activities leading up to the hearing of the matter and setting deadlines for them. So in this case, the main activity will be the legal submissions.”

Ferguson said the Gilbert family’s experience has led to a rise in similar cases about treatment at the hands of the Barbadian police. “Whatever the judgment out of this case already, because of the publicity this matter received earlier on I think it has led to many other people complaining about the treatment that they received at the hands of the Barbadian police and, it is the step in the direction of ending that kind of treatment.”

Ferguson said he is was quite disappointed that Grenadians for the 2nd time rejected the opportunity to have the CCJ as the final court of appeal following the recently held referendum on 6 November, but this is an opportunity to continue the dialogue. “Even though it is a disappointment in terms of the actual results, but there is a positive to it and the challenge is how do we sustain this discussion, even in peacetime where it will not be coloured by partisan politics, where we can continue the dialogue and engage in meaningful education.”

The Gilbert family’s case was filed on 25 September 2018.

NOW Grenada is not responsible for the opinions, statements or media content presented by contributors. In case of abuse, click here to report.
Tags: caribbean court of justicecaricomciboney chamberscurlan campbellgilbert familyrevised treaty of chaguaramasroyal barbados police forceruggles ferguson
Next Post

Government to meet with Labour Commissioner