This story was posted 4 years ago
in OPINION/COMMENTARY, Politics
8 min. read

The results of the 6 November 2018 referenda in Antigua/Barbuda and in Grenada seem to be bringing to light the status and the resolve of the Caribbean Court of Justice (CCJ), as well as the reasons for the desperate priority, rush and urgency which typified the campaign for taking Grenada in a second constitutional referendum on making the CCJ the final court of appeal for civil and criminal matters.

The desperation, but regrettably without any goodwill to the local people, for going to the appellate jurisdiction of the CCJ has also been proven with the evidence of an apparent ‘secret’ arrangement between the governments of Antigua/Barbuda and Grenada, to hold the referenda on the same day. Within days of the referenda, Grenadian constitutional expert, Dr Francis Alexis, who was apparently the consultant on the referendum for both countries, was led to give indication of such an agreement view a broadcast panel presentation via https://www.facebook.com/timetofacethefactsshow/videos/308862193041047/.

The details, including on the expediency and relevance and negative repercussions, of the intense collaboration and mutual commitment between the 2 governments could not be explained, or could not be disclosed however, this secrecy and strategy for the referenda took precedence over the regard, ignorance, ill-preparedness and wishes of the Grenadians on this sovereign undertaking, as well as at the expense of Grenada.

Whilst there are tremendous expressions of disappointment from various circles on the failure of the referenda in Antigua/Barbuda and Grenada, the statement by the secretariat of the CCJ, “CCJ Remains Committed To the Region” has been most disappointing in itself and it brings to mind many of the constructive analyses forwarded about the CCJ. An excerpt of the press release reads “The CCJ will still be serving both Grenada and Antigua and Barbuda. The CCJ President (‘Hon. Mr Justice Adrian Saunders’) emphasised that “these results will not, of course, deter us from serving with distinction those nations that currently send their final appeals to us. As well, the court will also continue to process and hear applications from all Caricom States, and from Caricom itself, in our Original Jurisdiction, and our justice reform work in the region will also continue.” What interpretation or judgement and substance must be made of such statement? Is the statement conveying a reassurance, or a fatigue, or an indictment of the CCJ, and why? Is there really an option or another expectation of the CCJ, other than “serving with distinction”? Furthermore considering the facts about the Government of Canada largely funded 1 April 2014 JURIST Project (http://www.juristproject.org/about/history), it appears to be disingenuous in the manner by which Justice Saunders makes reference to the project.

What is the rationale for such questionable remarks from the CCJ’s president? Was there a warning by the CCJ to both Grenada and Antigua/Barbuda in relation to the outcome of the referendum in each of those countries? Isn’t the CCJ expected to perform within the ambit of its role and commitment as stipulated in the CCJ Agreement? Is the processing and hearing of applications in its original jurisdiction depend on whether or not the contracting party, or the government of the particular Caricom state, has acceded to the Appellate Jurisdiction of the CCJ and thus, this explains why Grenada never had a case in the CCJ’s original jurisdiction before 25 September 2018, on the verge of the 6 November 2018 referendum? Is there now a public declaration of a change of mind, or a suspension, or an amnesty, to the apparent private warning to Grenada on losing some benefit, prestige and privilege of the CCJ?

The commentary, “Identity and dignity lost with the CCJ” by Antigua and Barbuda’s Ambassador to the United States of America (USA) and the Organisation of American States (OAS), Sir Ronald Sanders, confirms the gross disrespect shown to the people of the Caribbean, with political rhetoric and intellectual pomposity. Disappointingly, whilst Sanders gives his account for the failures of the CCJ referenda in terms of fearful, deceitful, misleading and willfully inaccurate arguments by the opponents in Antigua/Barbuda and Grenada, he is apathetic and oblivious to the “irrelevant, extraneous issues and lies” that exists in the Constitution of Grenada (Caribbean Court of Justice)(Renaming the Supreme Court)(Amendment) Bill 2018 https://www.grenadabroadcast.com/wp-content/…/2018/…/CCJ-AMENDMENT-BILL…. It is instructive but with amazement, that like some political scientists and other institutional persons, Sanders took liberty by himself on “Judging the Caribbean Court of Justice” as “A court for the people”, but he disparages the people and their political leadership for exercising their constitutional rights and powers about the CCJ’s court, and this should indeed discredit those persons.

Why is it that some of the influential proponents of the CCJ prefer to ignore the wisdom and value of the people as the people are being cautious and inquiring on far-reaching and historic sovereign issues, especially regarding constitutional justice? Shouldn’t the people consider and be informed on all related factors on the CCJ, including the signals sent by Barbados former prime minister, Freundel Stuart, in May 2018, that his island would be withdrawn from the CCJ, by him describing some CCJ judges as “politicians wearing robes” and by the Chief Justice of the Eastern Caribbean Supreme Court (ECSC), Dame Janice Pereria, in September 2016, that “attempts at judicial interference are on the rise” and alerting that “these attempts emanate from places and persons and by methods which you would least expect.” Shouldn’t the people judge the perceived vested interest, conflict of interest, and self-serving interest of the CCJ’s officials, by their active public participation in the referenda’s vote-yes campaigns?

Indeed the reactions from the results of the referenda, especially by the officials and proponents of the CCJ, seem to highlight or seem to expose, that the ‘existence and functioning’ of the CCJ is being threatened. This must not be taken in isolation to the concerns and scepticisms about the effectiveness of Caricom, to the extent of prompting the idea of exiting from this parent body as exemplified by Jamaica and citing the Report of the Commission to review Jamaica’s relations within Caricom and Cariforum Frameworks (https://japarliament.gov.jm/…/reports/…reports/1864-report-of-the-commission-to-revi…). Success with the referenda would have boosted the representation and reputation of the CCJ and Caricom however, the failure of the badly conducted, terribly misjudged and anti-people referenda brought a severe shock and rude-awakening to the CCJ and all its affairs.

Moreover, there seem to be some pertinent issues, troubling problems, and/or some imminent developments, which threatens the mission and ambition of the CCJ and for now, these should be kept from the general public. For example, is it about denying the people knowledge on the availability of other democratically-accepted universal courts, or on the financial sustainability of the CCJ? Thus, the main agenda and the manipulative efforts by the CCJ were first to entrap the people within its control, at a point of no return, and then maybe to unleash the reality about the conditions and motives of the CCJ.

It is relevant to consider the intent to have the expenses of the CCJ met by the interest of the US$100,000,000 contributed in its Trust Fund since January 2004 to consider that the prime minister of Barbados, Mia Mottley, remarked at the launch of the campaign for Grenada’s CCJ referendum in August 2018, that there would be a time to replenish the fund, even if for capital expenses (https://www.facebook.com/search/top/?q=launch%20of%20ccj%20referendum%20campaign%20by%20barbados%20prime%20minister) to consider the decline of the fund to $85,000,000 during 13 years (https://antiguanewsroom.com/news/featured/ccj-trust-fund-in-decline-despite-promise-of-lasting-into-perpetuity/) and to consider the impression that there is a great chance for the calling on the heads of governments to refill and to boost the fund’s capacity, but it would be awkward to do so without having more, or all, of the Caricom countries accept the CCJ in its appellate court.

In fact, Sir Sander’s commentary also seems to be giving credence to the apprehension on the contemplation for calling on the taxpayers to replenish the Trust Fund, by his stating that Antigua and Barbuda and Grenada would pay only 2.11% each in that respect. Review the previously internet-circulated articles, “Grenada Constitution Reform: The CCJ Convicts Itself” and “Grenada Constitution Reform: The CCJ Issue”, which also makes reference to the position of former CCJ judge Rolston Nelson Senior CCJ judge calls for more funds for the court – Stabroek News (https://www.stabroeknews.com › Opinion › Letters to the Editor and CCJ surpasses initial US$100m investment – Trinidad Guardian (www.guardian.co.tt/article-6.2.377575.e9e3578d35).

Moreover, were the possibly successful outcomes of the referenda in Antigua/Barbuda and Grenada required to foster, or to be an incentive, for the revolutionising or evolving of the operations and momentum of the CCJ, by the invoking of amendments and new proposals to the CCJ Agreement? Particularly reference may have also been made for consideration and action, to the 2014 professional paper presented on the CCJ A Critique of the Caribbean Court of Justice – UWI St. Augustine (https://sta.uwi.edu/salises/workshop/papers/vjordan.pdf). In part, the paper expresses, “The current structure of the CCJ suggests that the designers lacked the foresight to see that Haiti and Suriname would become full members of Caricom and also foresee the possibility that in the distant future Venezuela may also become a member of Caricom. As these events come to pass, the CCJ as it is currently structured will be shown to be obsolete. As currently structured, the court is designed for a purely Anglophone Caricom, making provisions for all the peculiarities of the Anglophone region. Fundamentally, the CCJ is incongruous with the legal systems of Suriname and Haiti.” “There is little doubt that the CCJ as it is requires some amendment if it is to be saved.” With the failure of the referenda, ‘frankness and integrity’ must now be the mantra and principle of CCJ in meeting the people!

NOW Grenada is not responsible for the opinions, statements or media content presented by contributors. In case of abuse, click here to report.
Tags: caribbean court of justicecaricomccjfrancis alexisjk roberts
Next Post 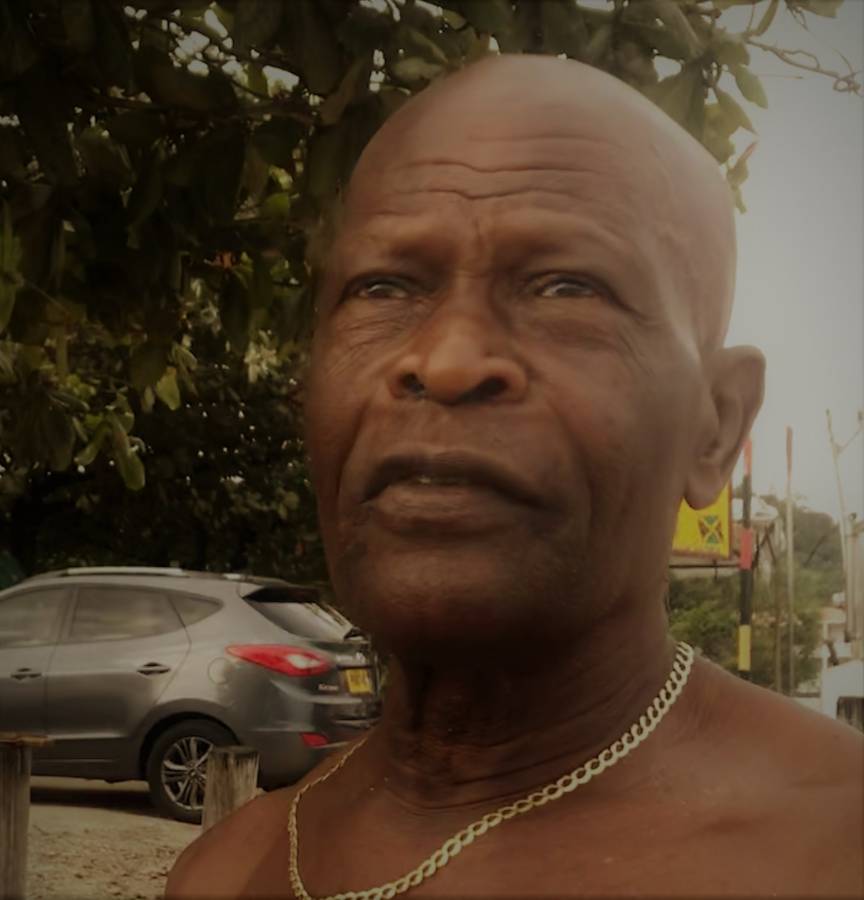