This story was posted 3 years ago
in General News, Video
4 min. read
Share

Chairman of the CCJ Advisory Committee Sir Lawrence Joseph says he felt disappointed following the yet another failed attempt at replacing the London-based Privy Council with the Caribbean Court of Justice (CCJ) as the islands final court of appeal.

On 6 November, Grenadians together with their counterparts in Antigua voted no, making this the second time the bill was rejected in Grenada following the first referendum held in 2016. The result that came in on Tuesday night showed that there were 119 rejected ballots, with 9,846 (45.05%) for the approval and 12,133 (54.39%) voted against the bill.

“The results were disappointing. I felt disappointment that the referendum has been proposed by the bill was not accepted by the electorate and this bill, as you may know, would have amended the constitution specifically for the Caribbean Court of Justice (CCJ) to be the final court of appeal instead of the Privy Council and renaming the Supreme Court of Grenada and the West Indies Associated States as the Eastern Caribbean Supreme Court.” Sir Lawrence said.

During the campaigning process for the Caribbean Court of Justice referendum, concerns were raised in several quarters questioning the timing of the just-concluded referendum especially after it failed just 2 years prior. It was said that there is not enough time taken to thoroughly explain the bill to the electorate. Sir Lawrence who also serves as Grenada’s Attorney General, admitted that there were several reasons why the referendum failed, but claimed that the electorate’s lack of knowledge of what is contained within the bill is not among them, since the bill this year was quite simpler than its predecessor.

“It was a simpler bill this year than the one that was introduced to people in 2014/2015 because the original bill included several other sections involving such things as the code of conduct, changing to allegiance to the state instead of to Her Majesty and other justice-related matters. We left out all these and just had 2 main purposes of the bill now, so we did that to make the bill simpler and we had quite a number of discussions, community meetings, and other public meetings.”

He further added that it was, in fact, the misinformation from opposing parties advocating the No campaign that ultimately affected the outcome of the referendum. “Misinformation was given to confuse people such as that once the bill is passed, the government can make other changes to the constitution, for example, entertaining gay rights and same-sex marriage and other stuff of that nature, so people naturally would have been upset with that and would not have agreed and that’s one of the reasons why most opted not to vote at all or when they reach the voting booth, they decided to vote no.”

Despite yet another failed referendum, Sir Lawrence foresees that acceding to the Caribbean Court of Justice (CCJ) as inevitable. “England hinted over the last year or two that the Privy Council will no longer be available for Commonwealth countries. They have been hinting that we should be in a position to set up our own final court of appeal. This has been said by the President of the Supreme Court of England couple years ago and we have in the Caribbean a final court of appeal called the Caribbean Court of Justice and ultimately I think it is inevitable that we have to adopt that court.”

In the meantime, he believes the committee role going forward is to continue civic education which he says is lacking especially among students. “After Thursday’s meeting, it is quite possible that we will be in a position to make certain proposals to the government not necessarily for having a referendum next year or the year after but perhaps as indicated by some that we should continue the process of education with respect to civics because we have determined that this is very lacking in Grenada, even students of schools are not acquainted with how government operates and the constitution so I think it is necessary to conduct public education so that if and when another referendum is held with regards to amending the constitution, people will be more aware.”

Looking back on the many consultations had with stakeholders, Sir Lawrence says there were many other factors that affected the outcome of the referendum including not having sufficient time to execute a more effective campaign. “The committee was established sometime in June of this year and low and behold, it was carnival period, which hindered us from having public meetings around that time, so we had practically two months to have public education and that period proved to be too short to enable people to have a full understanding of the process.” 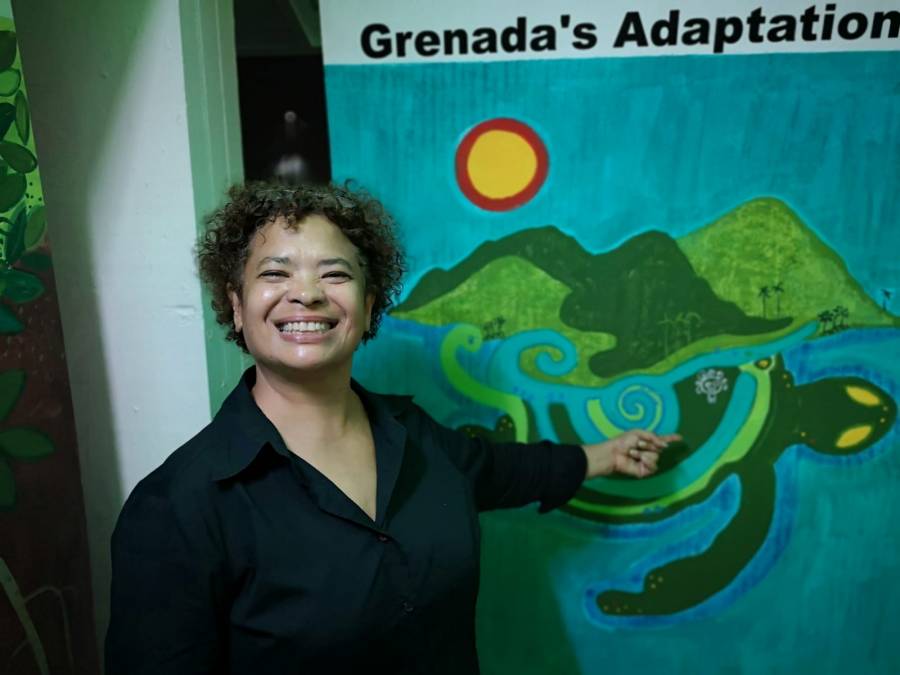