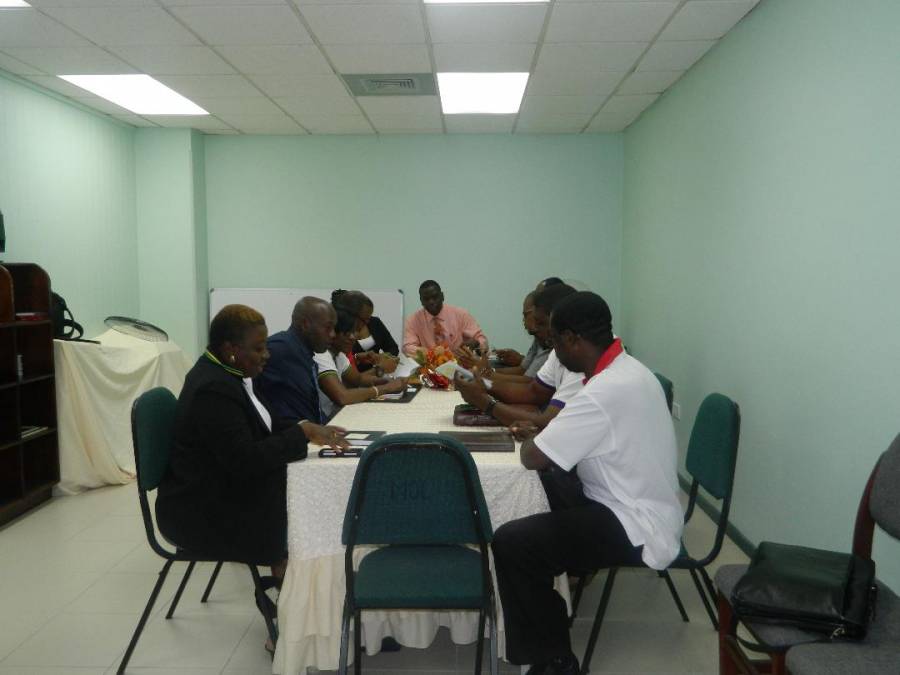 The membership of the Public Workers Union (PWU) and Grenada Union of Teachers (GUT) will return to work tomorrow, Thursday. This follows industrial action by teachers last week and public workers who joined in solidarity on Tuesday.

Their absence from the job was as a result of their protest of the government offer of 2% gratuity payment instead of the 25% demanded by the various unions.

At around 8:30 this morning, Labour Commissioner Cyrus Griffith met with the GUT, PWU and the Grenada Technical and Allied Workers Union (GTAWU) to discuss the way forward.

President of the PWU Rachael Roberts said at any moment this situation can escalate, but in the meantime asks that workers return to work in their union t-shirts Thursday and Friday.

“As we have always indicated this matter can escalate. We call on all our members to come back to work with their union t-shirts Thursday and Friday and we now await the Minister for Labour to tell us what is the way forward.”

GUT President Lydon Lewis said their next move will be dependent upon the outcome of the meeting tomorrow. “We would ask all teachers to wear their union’s jerseys to show the support and solidarity. All the parties will meet again tomorrow, and an announcement will be made as to where we go forward.”

All unions involved are expected to meet tomorrow afternoon to discuss as they await a response from the Labour Commissioner.