This story was posted 3 years ago
in General News
4 min. read

Based on the calculations of Rachael Roberts, President of the Public Workers Union (PWU), if the 2% gratuity payment offered by the government is accepted, as opposed to the 25% demanded by the union, an average worker with a last annual salary of $16,980 will have to forego $34,172.25 and will only take home $2,971.50.

This offer is totally unacceptable said Roberts and, like the Grenada Union of Teachers (GUT) has taken similar action by asking that all public officers within the various government ministries remain home today Tuesday, 13 and Wednesday, 14 November citing that this is to “calculate their gratuity to determine why we should sacrifice and work ourselves into poverty with 2%.”

The PWU maintains that their request of 25% gratuity payment, based on the provision of the 1958 Pension Act, has never changed and the PWU had signed on to the Memorandum of Understanding (MOU) for pension restoration and reform on 6 March 2018 under that agreement with the government.

Prior to the action taken by the PWU to ask workers to remain home, Chairman of the Government Pension Engagement Committee, Beryl Isaac, issued a statement explaining government’s position on the issue of pension and gratuity. In that statement, government stated in part that “Preliminary costings have shown that if government were to agree to the demands of the unions and associations, this would add upwards of $21 million annually to the payroll, bringing the cost of pensions to approximately $74 million annually.”

The statement continued “This provision of the 1958 Pension Act must be reformed as the state cannot finance this cost. Also, this cost seriously breaches the Fiscal Responsibility Act. Any pension plan must have 2 basic features – It must be sustainable and affordable.”

During a televised broadcast from the Government Information Service, Isaac rejected the notion of the union that workers would be sent home into poverty. She further stated that the 70% offer from the government is much more than the percentage given following her retirement from the service. “I can’t see how they will be going home into abject poverty. The government has guaranteed replacement rate of 70% of your salary whereas currently those of us who were in the system we got 66.67%. The government has agreed to 70% which is even more.”.

PWU’s Public Relations Officer Brian Grimes, took offence to that statement. “She is enjoying the 1958 pension whereby she can get both a NIS pension and a government pension which adds up in excess of 100% of her salary and she also, based on her work, has a handsome contract with the government, and she is spreading the gospel that she got the 66.67% from government, whereas we are getting 70%. That is the truth if you scratch the surface, she gets in excess of 100% with the 1958 Act and workers only get 70%, so this is misinformation and half-truth that is being spread.”

The PWU believes the government is in a position to pay the 25% but continues to further put pressure on the union’s ability to bargain freely through the Fiscal Responsibility Act (FRA).

“As we know it’s the law that the government has placed on the table, the FRA, to say that salaries and wages should be calculated at 10% of GDP. We know that is an illegal law and we are not going to abide by it,” said Roberts.

The PWU was also quick to dispel the notion that the union refuses to come back to the negotiating table. “Don’t be fooled when you hear that the unions are not coming back to the table. No invitation was issued to say that we (government) are now ready to sensibly negotiate with unions.”

Meanwhile, in making the case as to why government cannot afford to meet the demands of the unions, Permanent Secretary in the Ministry of Finance Ophelia Wells-Cornwall gave a particular example using live data of people working within the public service. She indicated that if government was to commit to paying 25% gratuity, in any given year government will have to find $15.1 million to service that request, taking into account that after government expenditure, only $6 million is left. The government has therefore proposed that it can only pay 98% of a worker’s pension monthly and 2% pre-paid pension as a gratuity which is repayable over 12.5 years. 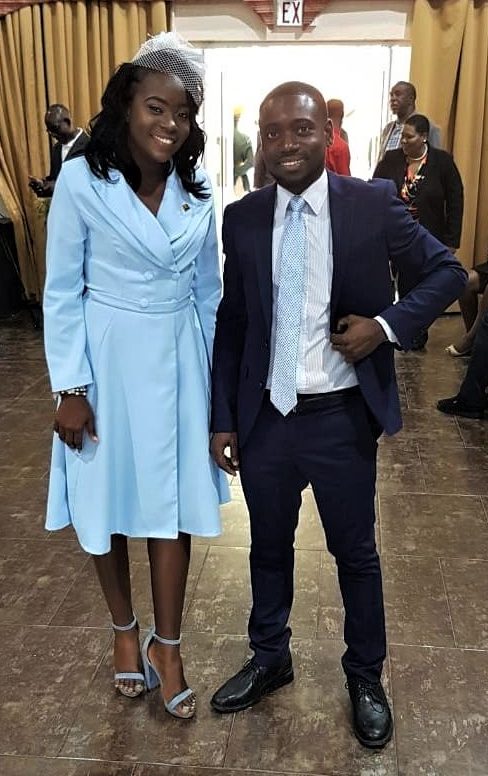