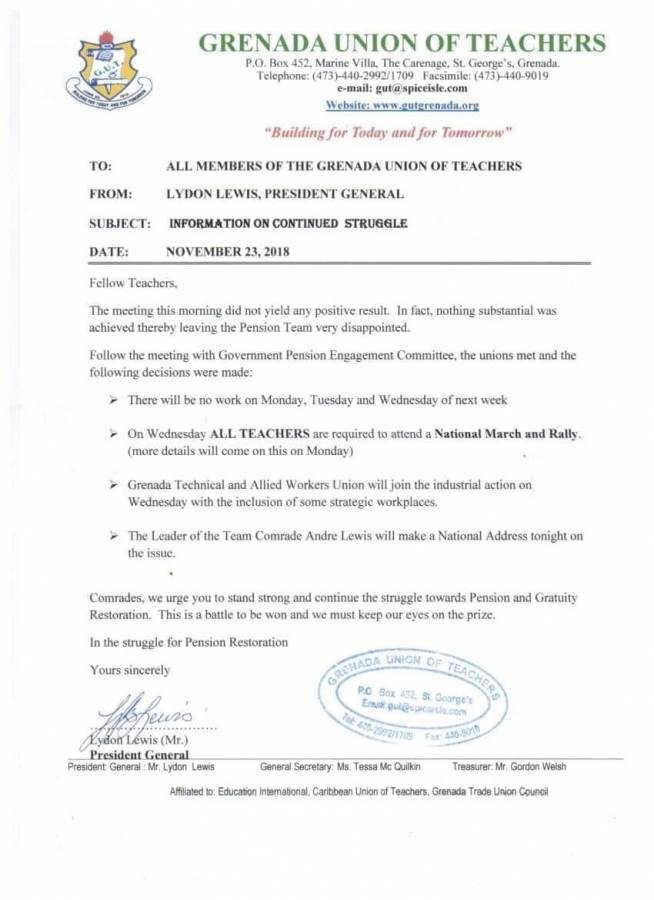 NOW Grenada is not responsible for the opinions, statements or media content presented by contributors. In case of abuse, click here to report.
Tags: grenada technical and allied workers uniongrenada union of teachersgtawuindustrial protestlinda strakerlydon lewispublic workers unionteachers
Next Post

Leave a Reply to John. A Cancel reply