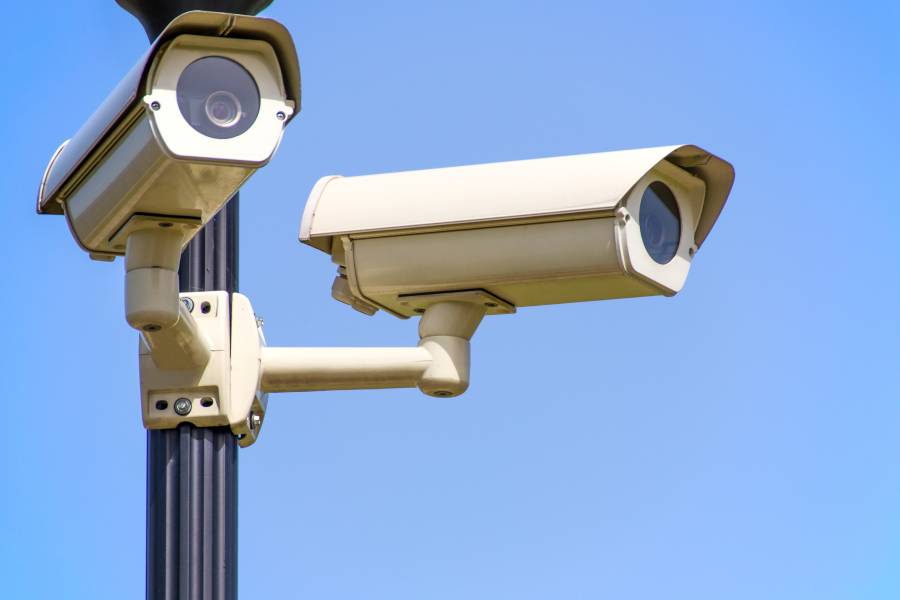 This story was posted 4 years ago
in Business, General News, Technology
4 min. read

New surveillance cameras will allow police to have more eyes in the sky in the fight against criminal activities, without having a police officer physically on the ground.

The initiative outlined by Acting Commissioner of Police, Edvin Martin, will see the long-awaited implementation of body cameras by officers, but most importantly the Royal Grenada Police Force (RGPF) has pitched the idea to the business community to partner with the RGPF in rolling out its newest plan to date. This plan will involve the installation of surveillance cameras on their premises to achieve 24-hour policing.

ACP Martin admits that this will be a costly initiative to implement but can be achieved through partnership with the business community. “We believe the time has come where we need to have 24-hour policing and 24-hour policing cannot be achieved by the presence of police officers, which has a minuscule number of individuals and a finite quantity of resources to be deployed. So you would get a high level of police officers on the ground during various periods of time during the day but never on a 24-hour basis, therefore to achieve 24-hour policing we must leverage technology.”

Members of the business community at Tuesday’s meeting were asked to consider installing surveillance cameras on their property that can provide police with 24-hour coverage.

“What we want to table for the consideration of the business community is your willingness for business companies to partner with us to place IP cameras at different locations of business entities so that we can have a comprehensive coverage feeding back to the command centre that gives us 24-hour policing,” said ACP Martin.

ACP Martin believes this type of 24-hour surveillance can also aid in curbing traffic violations on the nation’s roads. “Traffic congestion on the streets for example and with the attitude of our drivers can only be properly contained by the actual physical presence of officers on the ground and sometimes that is dependent on the type of officer that is on the ground because I do know that the presence of some officers are not as effective as others. Why do we have to have an officer stand up by the Otway gas station when an IP camera can take pictures? Even on traffic lights of people breaking the law, causing obstruction. So if we employ technology and people are aware that the technology is available it certainly will result in having a greater effect.”

He continued, “addedly the police force has been the recipient of a number of criticisms for police brutality, but the camera only comes on sometimes when the police respond, but the first punch or slap was never recorded. But if the body camera is there it will show where the action originated. We are not only looking to leverage on technology externally to fight crime, but also how we can control the behaviours of our officers, because some complaints have come to me that are appalling to see the treatment of some members of the public at the hands of our officers.”

A call was also made for businesses to be mindful of the method used to deposit cash, especially around the yuletide season. “We want to call on businesses to take a different approach to money transactions…when we speak to our officers, they can tell you clearly at what time of day different businesses and who are going to make deposits. What you are doing is setting patterns that criminals can pick up on,” he said.

Meanwhile, the RGPF already has secured the cameras but are now awaiting the hardware to be able to save the images in an encrypted manner so that they can be used in evidence. Another anticrime strategy started by the RGPF is the formation of Strategic Criminal Intelligence Cell which has now been activated by the police force to respond to the changing criminal environment.

The Financial Intelligence Unit, Drug Squad, Criminal Investigation Department, Special Branch and Immigration Department, were brought together to enhance further the exchange of information on criminal activity, create synergy among departments and avoid duplication of tasks.

ACP Martin said statistics had shown 5 instances of shootings. “This year we have had 2 deaths by shooting. We have had a total of about 5 shootings in all; if those 5 shootings resulted in death how much of a distinction can we make between ourselves and neighbouring islands. The only distinction in my mind is that some of those shootings did not result in fatalities, but the mere fact that you are having shootings tells you that the environment has changed.”

On a brighter note, the RGPF has reported that as of the end of September 2018, a 5% reduction of reported crimes were recorded as compared to the previous year and police have attributed this to the increased level of confidence in law enforcement.