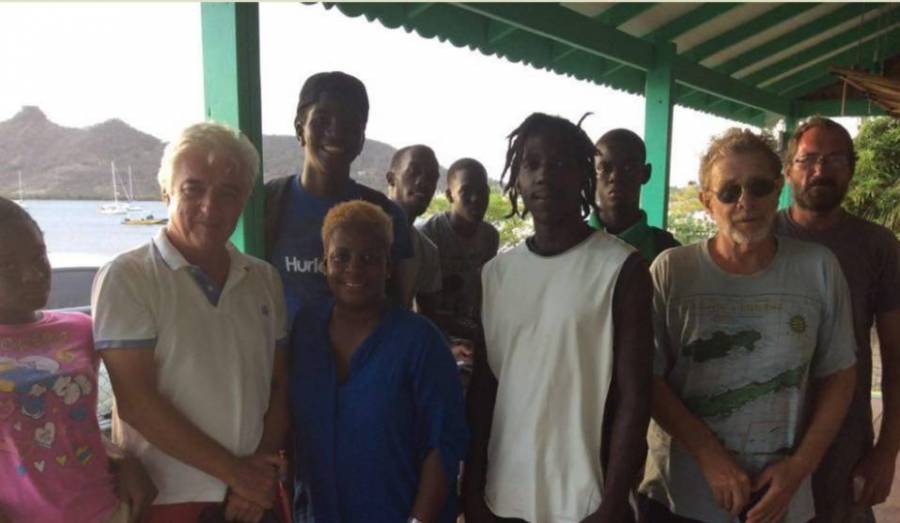 Sailors For The Future to empower young people in Carriacou

Sailors For The Future to empower young people in Carriacou

This story was posted 4 years ago
in Arts/Culture/Entertainment, Business, Education, Youth
3 min. read

Young people in Carriacou aged 16-21 years stand to benefit from a project that has already seen success in the Canary Islands, Cape Verde and Senegal. Following a brief visit in 2015, a group of sailors from Italy representing “Sailors For The Future” witnessed the lack of opportunity for young people and decided to implement a project in Carriacou.

Sailors For The Future travel the world and form local partnerships to make targeted interventions that benefit the lives of the communities. A year after their first visit, the foundation met with several Carriacou residents, and they were encouraged to start developing immediate short-term interventions that could be implemented to solve many of the challenges facing young people.

Sonie Serge representing the organisation was recently back on the island seeking public and private partnerships to launch their latest initiative: to encourage young people to develop projects and programmes geared toward providing opportunities for young people and then have those projects receive funding.

Serge said 10 projects would be selected for funding and the developers of the winning projects would also have the opportunity to further their studies in their field of choice. “We are going to propose to the young people from 16 to 21 to draft a project idea which will be placed on a poster and exhibited in the town of Hillsborough. The project will be selected by the citizens of Carriacou and Petite Martinique via a voting process and the 10 most successful projects we are going to offer these young people the opportunity to further studies, and after, we are going to try to realise the projects.”

Sailors For The Future have solicited the support of government and several business places and are in the process of launching the project. “The project proposal can be an economic, social and environmental project. We know that young people have many ideas and are enthusiastic about the project, along with teachers. We need to now meet with the ministry and other stakeholders to get their support.”

A committee will be created to research the viability of the projects and how these projects would be implemented. From their initial interaction with the young people of Carriacou, Serge said they had identified several challenges facing young people, including the diminishing culture of boat building, and the lack of entrepreneurial spirit. It is hoped that by March 2019 the call for entries will be open to the public and that by the end of June, the winning projects can be announced.

Serge hopes that these projects will promote generation of employment and be viable in the long term.

NOW Grenada is not responsible for the opinions, statements or media content presented by contributors. In case of abuse, click here to report.
Tags: carriacoucurlan campbellnew life organisationnewlosailors for the futuresonie serge
Next Post