US donates US$1 million computer equipment to Caricom IMPACS

US donates US$1 million computer equipment to Caricom IMPACS

This story was posted 2 years ago
in PRESS RELEASE, Technology
1 min. read 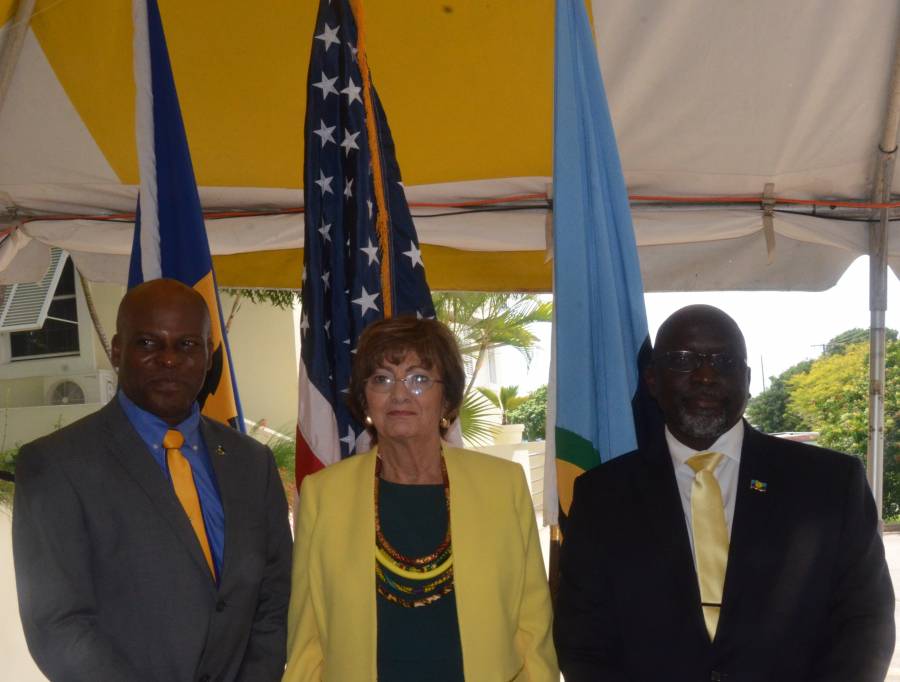 On 28 November, US Embassy Bridgetown, through its Office of International Narcotics and Law Enforcement Affairs (INL), participated in an official handover ceremony to commemorate the Government of the United States of America’s US$1 million computer equipment donation to the Caricom IMPACS/Joint Regional Communication Centre (JRCC).

The support received from INL included technical assistance from the US Customs and Border Protection (CBP). The package was awarded to the region to assist in the hardening of borders through the enhanced operation of the regional Advance Passenger Information System (APIS). The package also includes an Automated Targeting System – Global (ATSG).

During her remarks, United States Ambassador Linda Taglialatela stated, “I’ve recently heard there is a perception that the United States is pulling back from the region and that other countries are stepping in to take over the role the US once held as the partner of choice. I would like to take this opportunity to dispel that myth. Today’s event reaffirms the United States’ commitment to the region.”

Minister Hinkson of Barbados, also in attendance, reminded all present of the role of the Honorable Prime Minister of Barbados in the establishment of the JRCC and acknowledged the importance of the centre to national and regional security highlighting previous partnerships with the US since 2007.

With these systems, IMPACS/JRCC will be even more prepared and equipped to support Member States in their border security efforts especially in interdiction and targeting.