Voters trickled in at the various polling stations this morning to cast their vote as Grenada staged a second attempt at a referendum to replace the London-based Privy Council as the island’s final court.

If successful, Grenada will join Barbados, Dominica, Belize, and Guyana as the only Caribbean Community (Caricom) countries that have signed on to the Trinidad-based Caribbean Court of Justice (CCJ) that was established in 2001 to replace the Privy Council.

Mathew Murrell was out early this morning to exercise his franchise in the town of St George. He was quite vocal in admitting that his limited understanding of exactly how the Caribbean Court of Justice would benefit ordinary citizens, did not stop him from casting his vote.

Murrell went on to say that more time is needed to properly consult with the people before holding a referendum. “I believe they should give people some more time to talk about the CCJ. They say they are speaking to everybody, but I don’t see that because some people know, and some people don’t, but they are asking you to come and vote for the CCJ.”

Expressing similar views was a female voter who wished to remain anonymous. “I really don’t understand what is the CCJ all about, so with the little information I have I made my decision on it.”

Michael Joseph felt that the process this morning was quite smooth as compared to 2 years ago.

He says he is in support of the acceding to the Caribbean Court of Justice (CCJ) and is proud to cast his ballot. “I see the CCJ as something good. It’s not only good for me, but it is good for you and everybody in Grenada, Carriacou and Petite Martinique.”

Another early voter, Marcus Cyrus, welcomed that the process to cast his ballot was quick and easy. He said from his basic understanding of the CCJ he believes he has made the right decision to come out and vote. “My basic understanding of the CCJ is that as we speak right now if I have to appeal a case we will have to travel to England, but right now what they trying to change is that if we vote yes the court of appeal will be in the Caribbean, so if people understand the bill they will make the right decision.”

Reports from the Parliamentary Elections Office (PEO) indicates that early voter turnout today continues to be slow but steady.

The polling stations will close at 5 pm and if two-thirds of those who voted in the referendum voted yes, Grenada will become a member of the Caribbean Court of Justice (CCJ). 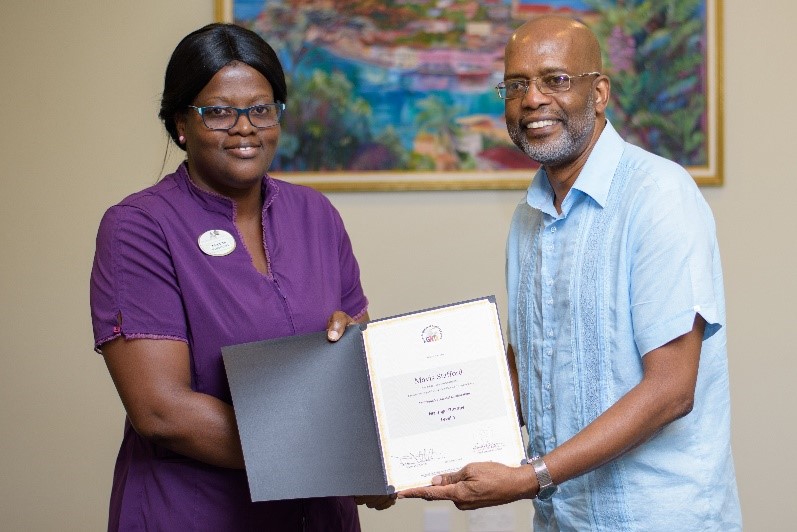