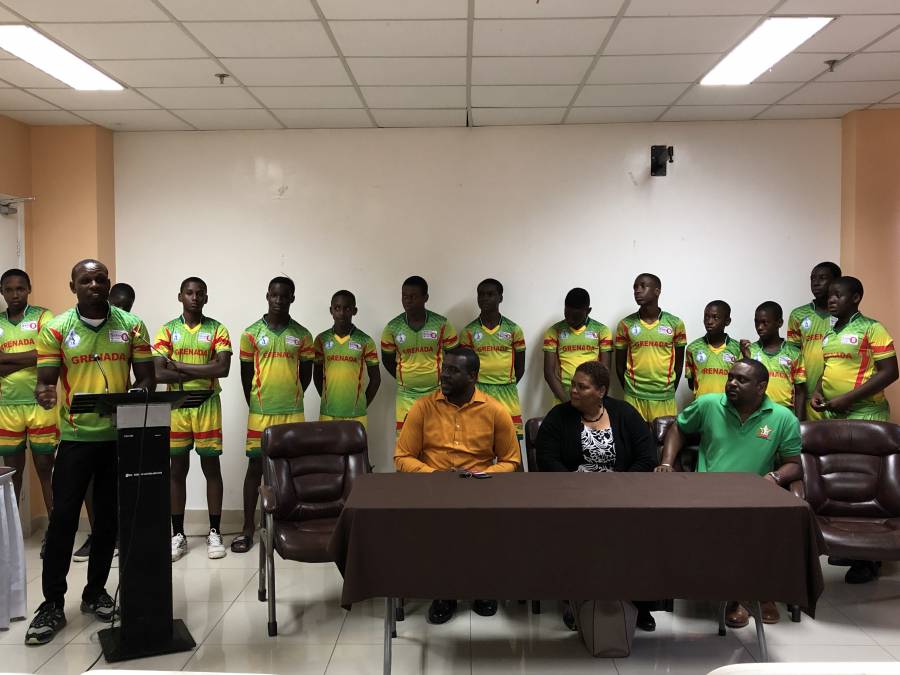 Grenada to defend title at WINLOTT Windward Islands Under-15 Tournament

Grenada to defend title at WINLOTT Windward Islands Under-15 Tournament

This story was posted 4 years ago
in Cricket, Sports
3 min. read

Grenada snatched the title away from 4 times champions St Lucia and is looking forward to repeating last year’s performance. The team is expected to depart on 9 December for St Lucia where they will be playing the host country the next day.

The tournament concludes on 18 December and will see Grenada, St Lucia, Dominica and St Vincent playing in a double round-robin format where each team plays the other twice in 50 over matches.

Lamenting on the current state of West Indies cricket, Dr Mitchell reminisced on the glory days of cricket and told the players that the future of the sport lies on their shoulders. He said the poor performance of the West Indies team was discussed at the recent Special Heads of Government meeting in Trinidad and Tobago. “I am extremely concerned the only part of the work where cricket is failing is in the Caribbean. I just came from Heads of Government meeting, and we lamented what is happening to our cricket. Young men, I am only saying this to you because on your shoulders lies the future of something that characterised the Caribbean identity… that feeling of pride and Caribbean spirit.”

Prime Minister Mitchell said the manner in which young talents are being managed, is the problem affecting the development of cricket in Grenada. “Clearly if you can succeed at the Windward Island level, it means that you have the talent. We are not short on talent is how we now use that talent, build it and mobilise it into success.”

The young men were reminded to conduct themselves as Grenadian ambassadors. “As ambassadors going out there, you represent your country. What you do out there and how you conduct yourself is extremely important, how people see you and see your country… and clearly we are looking forward to you bringing home the cup.”

Using Dr Mitchell as an example, Sherma Wells, representative of WINLOTT Grenada encouraged the young players to advance in the sport of cricket since this can also assist in shaping their professional life in the process.

Wells said, “Prime Minister would have started with a discipline that you are experiencing now in that game which is key to your education, key to your development and to your future because you aren’t just playing a game you are involved in a process that is for your developmental purpose.”

The tournament is the flagship of a partnership between WINLOTT Inc and WICBC which began in 2015.

NOW Grenada is not responsible for the opinions, statements or media content presented by contributors. In case of abuse, click here to report.
Tags: curlan campbellsherma wellswest indies cricketwinlottwinlott windward islands under 15
Next Post