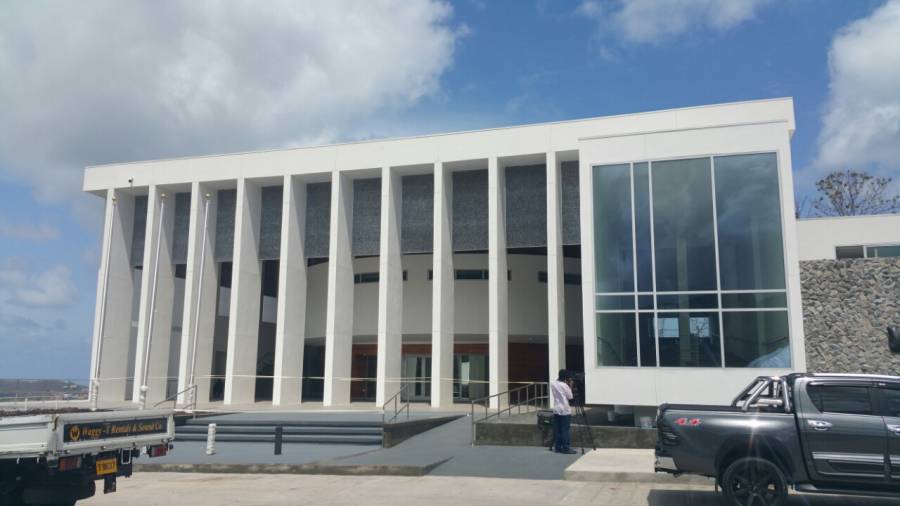 Grenada’s Parliament has adopted 2 new initiatives that change the way proceedings are conducted in both the Lower and Upper Houses of Parliament.

On 21 November 2018, House Speaker Michael Pierre announced that officers in the Lower House would no longer be wearing the wig during proceedings, and on 4 December Chester Humphrey, President of the Upper House made a similar announcement.

Both the Speaker and President informed the House that the wig is symbolic and serves no specific purpose.

While the wigs are no longer required, during the proceeding of the Upper House, where the main motion is a debate on the 2019 Budget, Senator Humphrey told members that the proceeding was also being broadcast to the hearing-impaired community by a sign language translator.

“Proud day for us and a proud day for me,” said Humphrey as he informed the members of the new venture which was adopted as part of the Parliament Equal Opportunity policy. “Today is an historic day.”

“Hopefully, sometime in the future, technology will allow us to broadcast to the visually impaired,” he said.

NOW Grenada is not responsible for the opinions, statements or media content presented by contributors. In case of abuse, click here to report.
Tags: chester humphreylinda strakermichael pierreparliamentsign languagewig
Next Post

NDC Heartbeat - The Budget 2019: Were you listening?