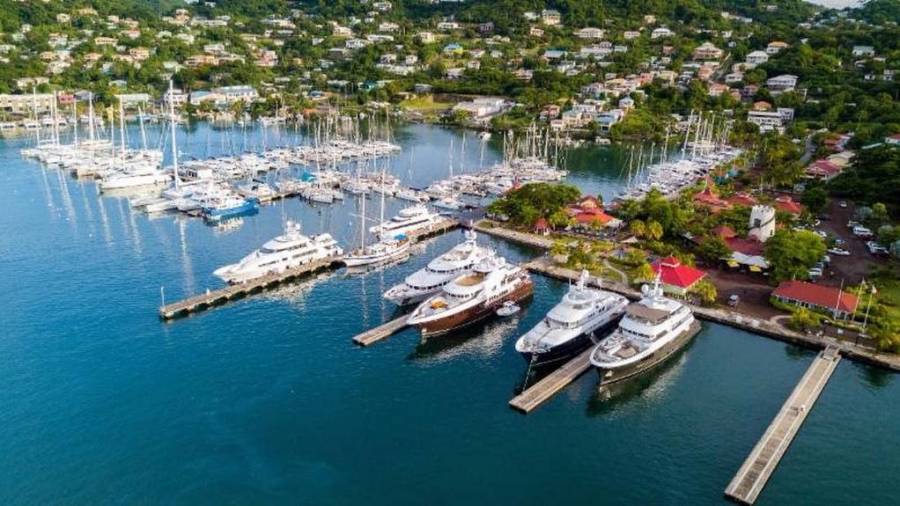 Police have confirmed a yacht crew member found overlooking the St George’s harbour a few days before Christmas Day, died as a result of “asphyxia by hanging.”

According to the police, the yacht “Sea Owl” arrived in St George’s on 10 December, and on 21 December the crew members held a barbeque on the beach close to where the yacht was docked at Port Louis Marina.

Boat Captain Louis Klinkert reportedly told police that crew member Andrew Clapham, a 32-year-old citizen of the United Kingdom, and another crew member had an altercation during the beach activity, and on 22 December at about 8 am they realised that Clapham was not inside his cabin.

That observation resulted in captain and other crew members searching for him on the yacht and in the immediate environment, but he was nowhere to be found.

As a result, the police were contacted, and upon viewing the security camera footage, it was observed that Clapham had left the yacht with a piece of black marine rope on his shoulder. “As a result, the officers went searching the environment of the marina, and his motionless body was seen hanging from a tree in the nearby bushes overlooking the marina,” the police said.

By the required protocol, a doctor was summoned by the police who examined the body and pronounced Clapham dead. La Qua Brothers Funeral Home removed the body and preparations are currently being made to have Clapham shipped to the UK. An autopsy was conducted to determine the cause of death.

The yacht has since departed the marine space of Grenada.

This is the second crew member death to occur in Grenada within recent weeks. In October 2018 a crew member of the MV Ocean Trader, a Guyanese registered ship that was docked in Grenada, died as a result of an accident.

NOW Grenada is not responsible for the opinions, statements or media content presented by contributors. In case of abuse, click here to report.
Tags: andrew claphamasphyxiahanginglinda strakermarinaport louissea owl
Next Post