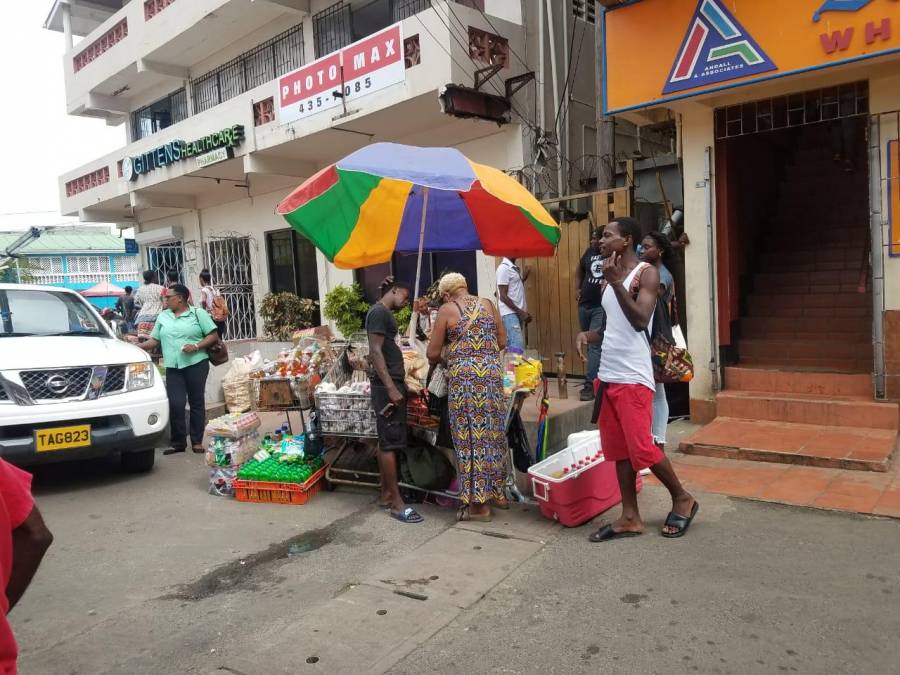 Sidewalk vendors in Grenville to be relocated by 15 December

Sidewalk vendors in Grenville to be relocated by 15 December

15 December 2018 is the deadline set by the Royal Grenada Police Force for the removal of street vendors in the town of Grenville. This move follows a successful operation in the Town of St George in September where vendors were relocated to the Market Square.

Acting Commissioner of Police Edvin Martin says continued congestion on the sidewalks and streets has made traversing the streets difficult.

The police partnered with stakeholders from the Grenville Market and with the vendors themselves to ensure that they comply with the law.

“As we have done in St George’s, we have seen the effects of clearing the streets have had in the Town of St George. We are now looking to move this into St Andrew and see if we can improve the environment of doing business and make it more accommodating to people,” Martin said.

Similar efforts were made in 2015 to relocate vendors, however this was unsuccessful.

Martin indicated that this operation would be a working formula and officers’ discretion would be used where necessary. “We will be taking into consideration all the elements that need to be considered. We are aware as we do have in St George’s a volume of farmers coming in, and we have to make special accommodations for that. If those circumstances exist in Grenville, I expect that we will respond with it in a particular manner.”

The Continuous Revised Laws of Grenada, Chapter 1, Volume 1, Section 137 (7) states, “every person who places, hangs up, or otherwise exposes for sale in any town any goods, or thing whatsoever, so that the same project into or over any footway, or beyond the line of any house or building at which the same are so exposed, so as to obstruct or incommode the passage of any person along any footway… commits an offence.”

NOW Grenada is not responsible for the opinions, statements or media content presented by contributors. In case of abuse, click here to report.
Tags: congestioncurlan campbellgrenville marketgrenville market squareillegal vendingpolicergpfsidewalk vendingvendors
Next Post

Business start-up workshop for ICT and Health and Wellness (Spa)