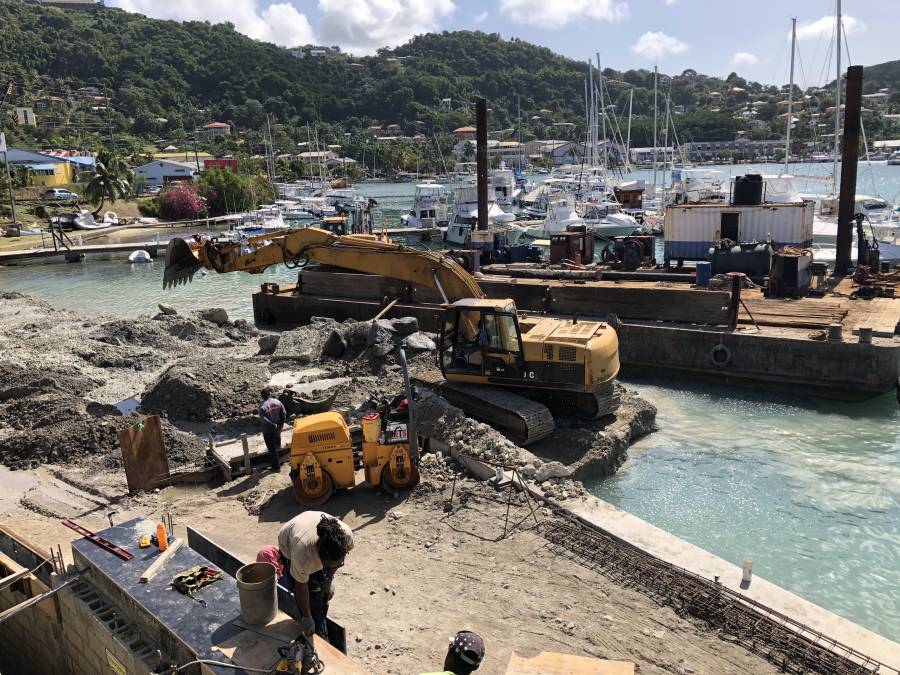 Construction of additional berthing facilities at the Grenada Yacht Club on Port Highway, St George is still underway just days before the commencement of the 50th anniversary of the Budget Marine Spice Isle Billfish Tournament. Members of the organising committee are hopeful that the project can be partially completed to accommodate between 10 and 12 boats.

The annual tournament held from 21-26 January each year is considered the premier tournament in the southern Caribbean and is known to attract between 60 and 70 sportfishing vessels from around the region. The $2 million project which started last year, was prompted by the lack of berthing space at the Grenada Yacht Club which led to the committee utilising space at the nearby Port Louis Marina at a cost.

McIntyre said many challenges arose during the initial stages of construction which delayed the completion date for the project. “We have had tremendous challenges and perhaps this is why we are still at this stage. It was very hard to put in the sheet piling, in fact, I often look at some stones being dug up, I couldn’t tell, but it looks like lava stones because when we had to break them up. They came up very green and I have never seen that colour stone before and after being bleached outside in the sun it changed. But it’s stones that have never seen the light of day in maybe hundreds of years because we never dug in front of the club here, but we were able to do it, thanks to extra heavy duty machinery and I think we are getting there. It has taken us longer, but we are getting there.”

Executive member of the organising committee Andre Patterson is hopeful that the project still under construction will be able to accommodate at least 10 to 12 boats in the interim. “Space is limited, boats are getting bigger each year and every time we have to move a boat across to Port Louis there is an additional fee that we have to fine to pay for that expense. The hope is that we will be able to have boats here, hopefully, 10 or 12 for the tournament. We know it will not be 100% ready but it will allow us to have some boats tied stern to which means the back of the boats to the jetty.”

Patterson said the projected completion date for the project will largely depend upon how soon the installation of basic amenities like water and electricity. “It will be a little while still until it’s a 100% complete… more specifically the extended time will be related to the electricity supply coming onto the dock because the boats need 60 cycles and we are 50 cycles here, which is the frequency that the boats need to run their equipment; so there is some equipment that needs to be in place prior to those pedestals being installed and commissioned so that will take a little bit of time.”

He continued, “We will have the dock up and ready, there will be boats tied up and there will be water for the tournament so I say there are a few more months before everything is said and then.

Competitors will enjoy three and a half days of fishing, and one day of rest during the 5-day tournament of competitive fishing

The 50th Anniversary celebration of the Budget Marine Spice Island Billfish Tournament (BMSIBT) will award the angler catching a 1,000-pound fish with a cash prize of $500,000. According to the organising committee, the 2019 tournament offers a full digital experience through the continued use of Information and Communication Technology (ICT) to improve the sports fishing experience, allowing spectators regionally and internationally to view the action live online from the sea, weigh station, radio coverage and drone video footage.

This year will be the last year for the title sponsor Budget Marine, which has been the title sponsor for 9 years. Organising Committee chair, Richard McIntyre said it is hoped that next year another title can come on board to help further lift the tournament. 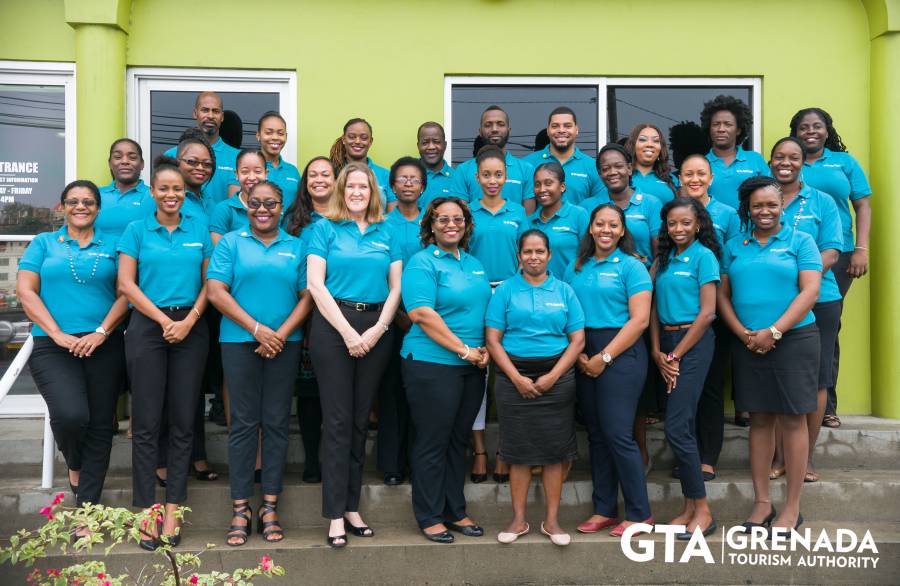