Lady Anande Trotman-Joseph, Chair of Caribbean Institute of Women in Leadership, said that charging a spouse for marital rape gives meaning in law to the human rights of Grenadians because the island is bound by the Universal Declaration of Human Rights which is enshrined in the constitution.

“This international law provides for individual agency and the very dignity and equality of all human beings and which rights are gender neutral which means that women and men are equally protected by the laws,” said the regional gender equality advocate. She further explained that Grenada as a signatory to the Convention for the Elimination of Discrimination Against Women is required to approve national laws which seek to end sex discrimination including the recognition that freedom from violence is a human right.

“It is known that the persons who are predominantly the victims of sexual violence in or out of marriage are female. Therefore, as Grenada progressed the implementation of its human rights agenda as required by international law, marital rape of a spouse, that is, wife or husband by the other, was criminalised,” said Trotman-Joseph who is an attorney.

“A woman or a man must have the right the right to say no or yes to consensual sexual relations. Anything else is criminal violent, unhealthy, disrespectful and disregards that a spouse is a human being with feelings and is not a robot or chattel like a car, computer or a doll to control at will. Being married does not give either wife or husband the right to own or do to their spouse whatever they like,” she said about the recent disclosure that police had charged a 26-year-old husband for the raping of his wife.

“This is a perfect opportunity to be reminded that when someone marries another person, it should be for love, companionship and out of mutual respect. The kind of love that is “patient, and kind, not violent or destructive towards the person one marries in the name of love, companionship or religion,” she said.

Elaborating on the negative effects of sexual violence she said, “If we were to understand the damage that sexual violence wreaks especially on our women and girls, their self-worth and abilities to thrive, to be in healthy loving relationships and be able to raise their boys and girls in healthy homes, and to contribute to productive societies and economies, we would all join hands to support punishment for this offence.”

Tyrone Buckmire, Executive Director of the Legal Aid and Counselling Clinic said that he is shocked and surprised with people’s reaction to police filing the charge, and the decision by the magistrate to remand the accused to prison. Many persons have used social media platform to express disappointment with the move by the wife, the police and magistrate and they used bible verses to justify that a wife needs to submit to her husband.

“I am actually quite surprised by the kind of reaction some in our society have seen, given to this is illegal, that the police or the prosecution has no right to do that. It obviously means that these persons have not been paying attention because we have had marital rape legislation on our books for some time,” he said.

In 2012, Grenada amended its criminal code to include marital rape as a criminal offence. “A spouse who is guilty of the offence of rape is liable on conviction on indictment to a term of imprisonment not exceeding 14 years,” the law recommends under penalties for sexual offences.

NOW Grenada is not responsible for the opinions, statements or media content presented by contributors. In case of abuse, click here to report.
Tags: anande trotman-josephconvention for the elimination of discrimination against womenhuman rightlinda strakermarital rapesexual offencetyrone buckmireuniversal declaration of human rights
Next Post 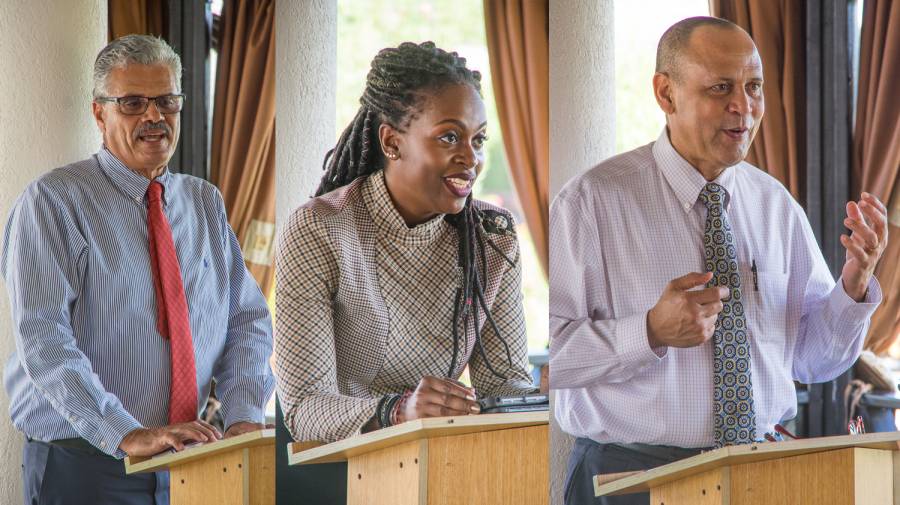