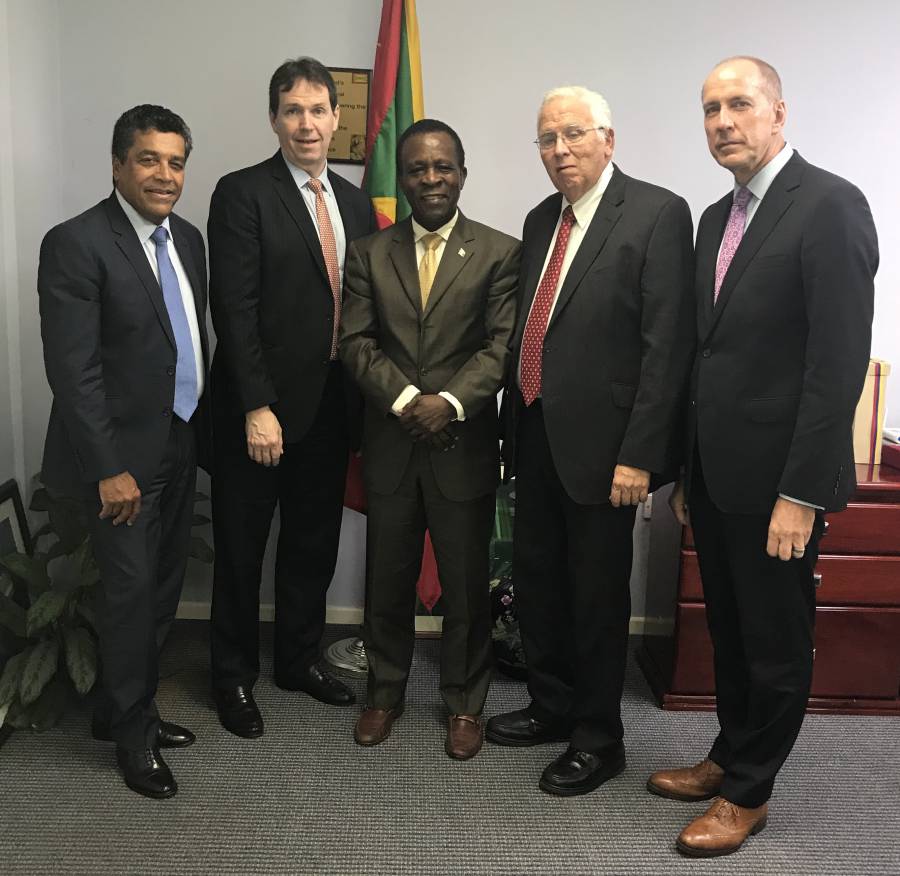 The Grenada Government has received assurances from Republic Bank Limited and Scotiabank that the jobs of workers will remain secure when the planned acquisition is finalised.

At a recent meeting with top officials of both banks, Prime Minister and Minister of Finance, Dr the Right Honourable Keith Mitchell raised the question of job security. In response, the banking officials gave assurances that all Scotiabank staff will transition to Republic Bank and their terms of employment will remain the same.

In Grenada, where both banks have existing operations, current staffing arrangements will remain in place for at least 12 months. Attrition is expected to take place over time as the operations merge.

It was also noted that a technical services agreement between the banks will ensure collaboration for a period of 18 to 30 months to ensure the transition is smooth and seamless.

With Grenada and several of its Caribbean counterparts sharing a single currency, the regional implications of the acquisition are also being considered.

Dr Mitchell who is currently Chairman of the Eastern Caribbean Currency Union (ECCU), said he will be working closely with colleagues to ensure that all is done in the process of negotiations, to safeguard the best interests of the region.

Concern has been raised in some quarters about the possible leakage of foreign currency from the countries affected by the acquisition, to Trinidad and Tobago where Republic Bank is headquartered.

The bank officials have given assurances that such fears are unfounded since there are legal and operational restrictions on the movement of foreign currency from subsidiaries to a parent company.

Assurances have also been given, that the longstanding history of corporate social responsibility will continue with support for various sporting and other community-based activities.

The meeting with Dr Mitchell was part of a series of engagements being held with Heads of Government in the countries where the Republic Bank acquisition of Scotiabank’s banking operations is taking place.

NOW Grenada is not responsible for the opinions, statements or media content presented by contributors. In case of abuse, click here to report.
Tags: acquisitioneastern caribbean currency unioneccugisrepublic bankscotiabank
Next Post