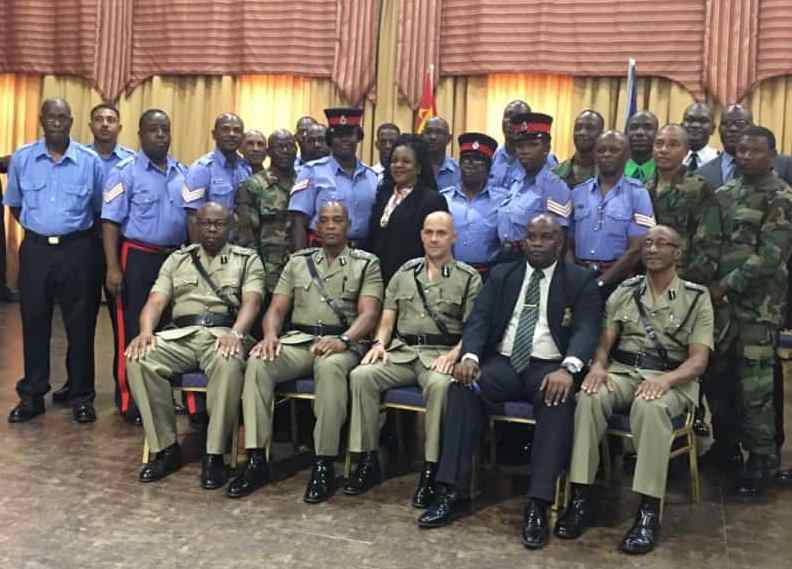 125 officers elevated within the police force

125 officers elevated within the police force

This story was posted 3 years ago
in General News
7 min. read

A new matrix that will hold police officers accountable for their actions will become a critical tool of advancement for the 125 police officers who were promoted to higher ranks in acting capacities for the next 12 months, beginning Monday, 18 February 2019.

Acting Commissioner of Police Edvin Martin said that all those promoted will be acting in the positions for one year before they can receive full appointments to the post. “You have a duty to ensure that your subordinates perform in a manner that inspires public trust and confidence and creates a sense of safety and security in the country,” he told the officers during the promotion ceremony held at the Grenada Trade Centre.

“You will be expected to leverage our relationship with the community and stakeholders for the furtherance of our collective mission,” Martin told the officers who represented various departments within the Royal Grenada Police Force (RGPF).

Urging them to use creativity and imagination despite the challenges, Martin said that he was confident that the officers possess the conceptual and technical capacity to deliver on the task that will be placed before them.

“I pray that you will be endowed with good judgement in the execution of your duties. You are expected to be a catalyst for initiating and managing change and to create synergy amongst our officers as we strive for excellence in pursuit of our collective goals,” he said.

ACP John Charles told the officers that the elevation within the force will provide for them to perform at the highest level of professionalism consistent with the core values and principles of the force. “You will be held accountable for your actions every step of the way,” he told the officers before they were presented with credentials of appointments.

Following the result of the matrix, all officers who are successful will become fully appointed, but during the waiting period, they are expected to receive increased allowances and other perks allowed for in the various positions.

NOW Grenada is not responsible for the opinions, statements or media content presented by contributors. In case of abuse, click here to report.
Tags: edvin martinjohn charleslinda strakerpolicepromotionrgpf
Next Post