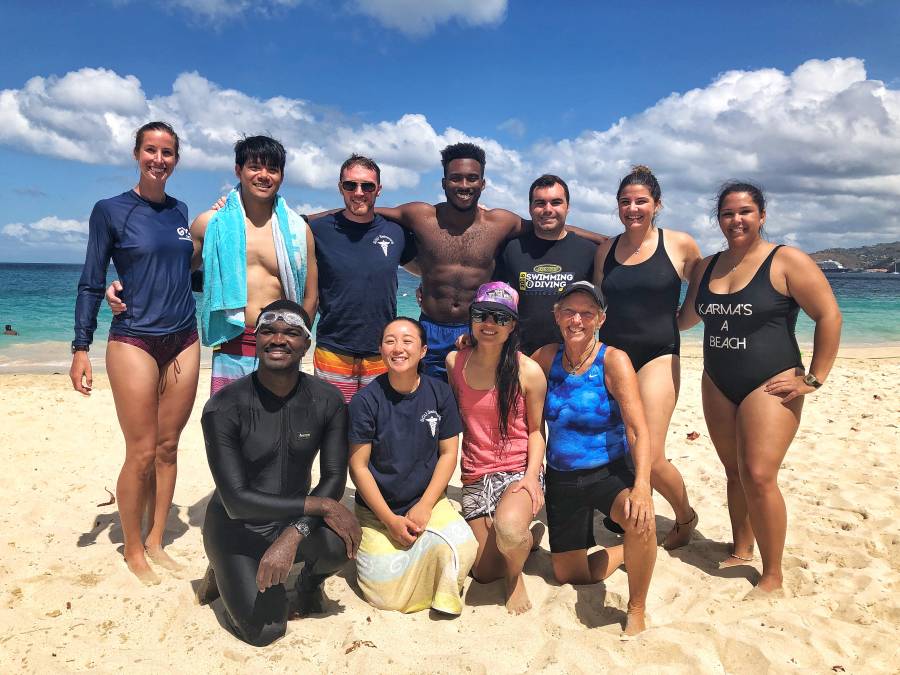 Get Grenada Swimming teaches 4,000 to swim

Get Grenada Swimming teaches 4,000 to swim

It is difficult to imagine that an island surrounded by water would have a significant number of its population unable to swim. Deb Eastwood was confronted with this realisation some years ago after leading an expedition towards the Annandale Falls, when the founder of Grenada Youth Adventurers (GYA) was made aware that only 2 of the 8 children were confident enough to get into the water. Further investigation also revealed that 90% of the country’s population cannot swim.

This experience sparked an interest in reversing this situation and her commitment to ensuring that all Grenadians learn to swim, ignited a passion for swimming within the Grenadian culture which, after 7 years has certainly born fruit through the Get Grenada Swimming movement.

The movement aims to teach 8,000 persons to swim by the year 2021. In just 2 years the Get Grenada Swimming movement has reached half of its target figure, teaching 4,000 people to swim.

“We have many adult lessons too, and children’s. We have many women that will bring their children to get a lesson and will go in and get lesson themselves,” said Eastwood.

Another major event for the Grenada Youth Adventurers (GYA) is the upcoming National Learn to Swim Week from 23 to 27 April. Last year was a huge success with 15 locations and 833 swimmers who received up to 5 lessons during the week.

The ultimate aim of the group is to teach the whole nation to swim. But to fulfil their goal, the movement depends heavily on volunteers and donations from abroad. The organisation also trains and pays several dozen local residents to teach at beaches and hotels that offer the use of their pools.

Eastwood hopes that people continue to come out and take advantage of this opportunity and is grateful that she has made a dent on the number of people unable to swim in Grenada. “I never thought that this will get this big, it just evolved. Maybe 85% don’t know how to swim now and what happens is that I have had a lot of support from volunteers in the community including the SGU community. We have started a programme for developing Grenadian instructors, and because of sponsorship we were able to develop 20 Grenadians, and they teach at the various locations.”

She encourages Grenadians to get signed up for the upcoming National Learn to Swim Week in April.

Below is the GYA Calendar of Events for 2019: 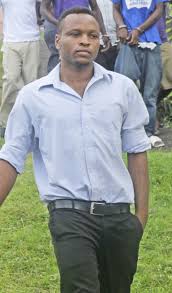