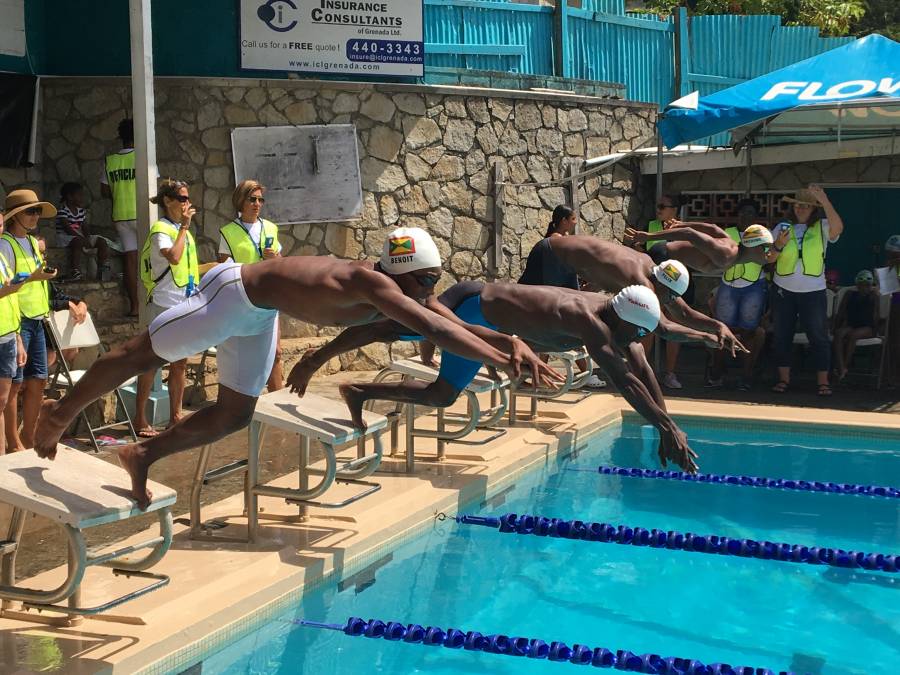 It was 6 days of intense competition at the Good Hope Swimming Pool where over 100 swimmers competed in the 2019 GASA POWERADE National Swimming Championships from 16-17 and 21-24 February.

The swimmers from the 2 major clubs, Grenfin and Sailfish, competed in 104 events over a period of 6 days, which was spread over 2 weekends.

The 2019 competition saw the addition of long course events in the 1000 & 1650-yard freestyle and the 400 Individual Medley. Spreading the competition over 2 weekends allowed for the inclusion of such longer course events, which serves to prepare our swimmers for additional competitive opportunities.

Additional time trial events will be held during March to provide a further opportunity for swimmers to qualify for participation in both the Carifta and CCAN Champions to be held in Barbados this year.

GASA wishes to extended a heartfelt thank you to title sponsor Powerade for their generous contribution towards the championship for the fourth consecutive year and look forward to even stronger collaboration in the future. A special thank you is also extended the following companies who provided some additional support at the event, Jonas Browne & Hubbard’s, Blue Horizon Garden Resort, Century 21, Island Pools, Budget Marine, What’s the Scoop, Jean’s & Co. – The Levis Store & LL Ramdhanny.

NOW Grenada is not responsible for the opinions, statements or media content presented by contributors. In case of abuse, click here to report.
Tags: cariftacccangasagood hopegrenfinpoweradeswim
Next Post