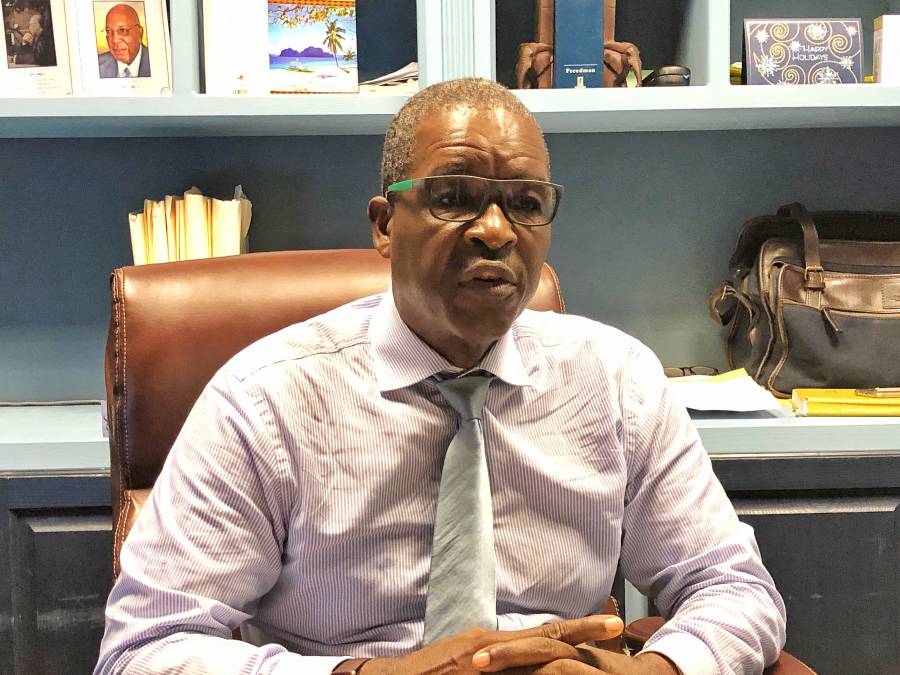 The legal team of former CEO and Chairman of the Board of Directors of Capital Bank International, Finton De Bourg is awaiting transcripts from the registrar’s office ahead of the next sitting of the Court of Appeal.

De Bourg is serving a 23-year sentence at Her Majesty’s Prisons after he was found guilty of 6 counts of fraud in December 2016, following the financial debacle of Capital Bank International.

Attorney-at-Law Jerry Edwin said a review of his trial has left him perplexed over his conviction and has highlighted some glaring discrepancies with the makeup of the jury. “Mr De Bourg had a jury of people who were not impartial or should I say they were prejudiced, and they should have been removed from the jury. They were account holders at Cap Bank,” Edwin said.

He also questioned the motive of the officers at the bank for not reporting to the authorities earlier before carrying out financial transactions that they deemed to be illegal.

“The case was based on the testimony of people who were officers of Cap Bank charged with the responsibility of knowing about the finances of Cap Bank and who claimed that they were directed to act by Mr De Bourg. It is astonishing. Now if your boss tells you to go ahead and do something illegal, don’t you as an officer have an obligation to say no I wouldn’t, and go report it to the authorities?”

Edwin has also taken objection of the 23-year sentence of De Bourg.

“The sentence against Mr De Bourg is astonishing — 23 years. From my research of the law, this matter should have never been to the high court. It should have been decided by the magisterial court; I believe they were summary offences under the law. Mr De Bourg was not charged with theft or charged with larceny; he was not convicted of any theft crime, but was convicted under our money laundering laws.”

In 2018, the Eastern Caribbean Court of Appeal dismissed an application to grant leave for attorneys take a civil appeal matter to the Privy Council in England. The De Bourg legal team hopes that his transcript will be ready for the next sitting of the court of appeal as they endeavour to reverse his conviction.

NOW Grenada is not responsible for the opinions, statements or media content presented by contributors. In case of abuse, click here to report.
Tags: capbankcapital bank internationalcourt of appealcurlan campbellfinton de bourgjerry edwinmoney laundering
Next Post