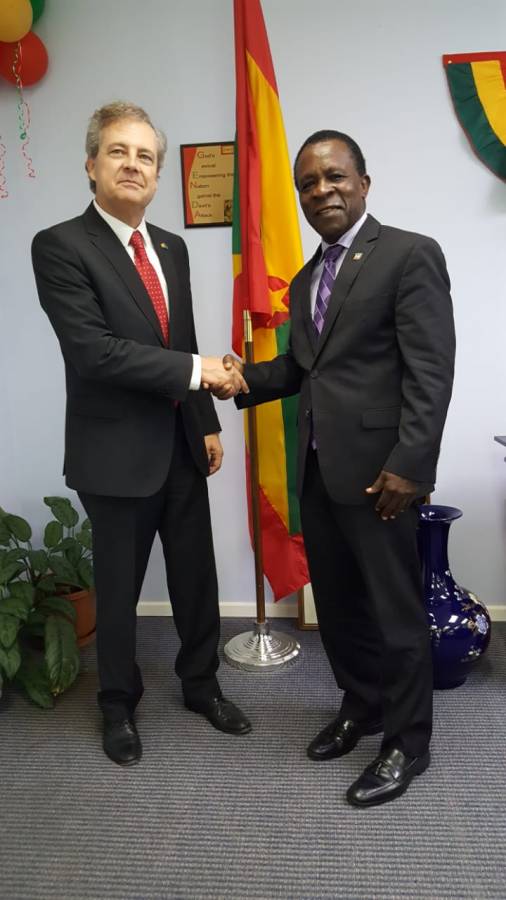 Training for Grenada’s stakeholders in identifying signs of human trafficking

Training for Grenada’s stakeholders in identifying signs of human trafficking

Government and non-state actors in Grenada who are stakeholders in anti-human trafficking efforts are being exposed to training over the next 2 days which is intended to enhance the local capacity to identify human trafficking and to address it.

The training is organised by the International Organisation for Migration (IOM) with funding from the ACP-EU Migration Action and is intended to develop a cadre of person who can identify the warning signs that indicate the occurrence of human trafficking.

She said, “It is imperative for the government to take measures to safeguard this country from becoming a jurisdiction that facilitates or condones this dehumanising crime. The government will spare no effort in bringing the perpetrators of such crimes to justice.”

Although human trafficking is a major problem worldwide, the problem does not seem to exist in Grenada. The Permanent Secretary revealed that a Baseline Assessment conducted in 2018 showed that “there is little anecdotal evidence that suggest human trafficking would be present in Grenada, and if so, only on a small scale.”

Bagwhan Logie further stated that whatever the level of human trafficking, it is important that stakeholders in Grenada are trained to identify the red flags that point to such.

She said, “Statistics show that only a few individuals in Grenada have been trained to identify the sign, and it might well be that this crime is going unnoticed. It means therefore, that while there is no real evidence to suggest the existence of human trafficking in Grenada, we cannot turn a blind eye to the problem.”

The Permanent Secretary noted that government has already enacted legislation designed to combat human trafficking and must now take the process a step further by developing the strategic framework that will support the legislation.

She stated that “Grenada’s anti-human trafficking approach is designed to hold the perpetrators accountable. They are in fact the ones who orchestrate the crime to exploit others by force or fraudulent means.”

The 2-day training session covers such topics as the introduction to basic concepts and distinction between trafficking and smuggling; victim identification, indicators and the role of different actors; the international and regional framework and national law regulating human trafficking and assistance to victims and referral mechanisms.

NOW Grenada is not responsible for the opinions, statements or media content presented by contributors. In case of abuse, click here to report.
Tags: human traffickinginternational organisation for migrationjermaine grantluis maianational securitysally ann bagwhan-logie
Next Post

Who is responsible for renaming Piton Mountain?