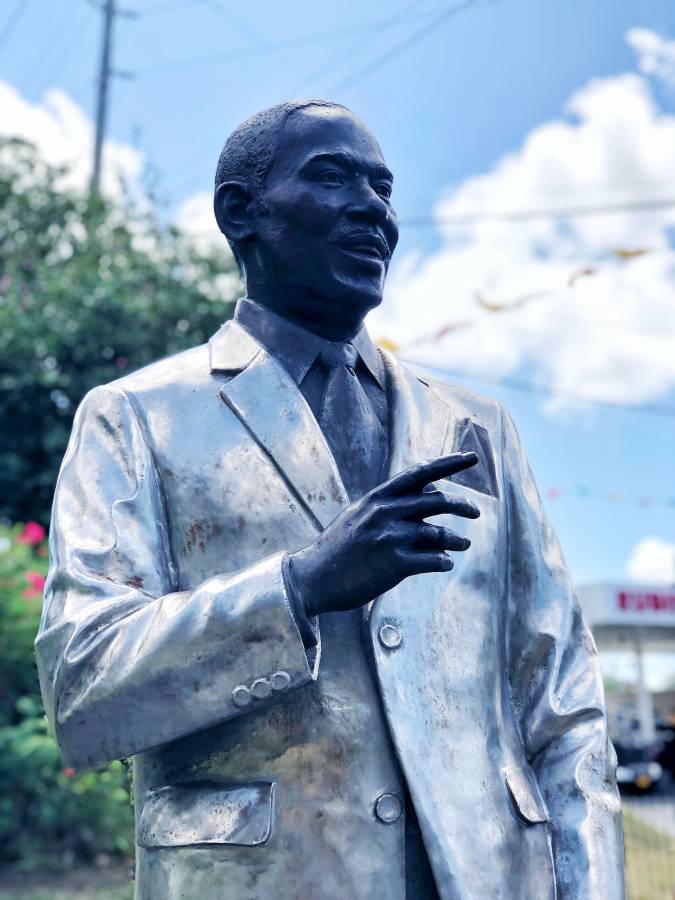 Vision towards Independence blindsided by power

Vision towards Independence blindsided by power

Reflecting on the legacy left behind by Grenada’s Father of Independence, retired nurse, Alison Sylvester-John, believes Grenada’s road to independence in 1974 was not all paved in gold as most would have it.

Today marks the 97th birthday of Sir Eric Matthew Gairy who was born on 18 February 1922. Sylvester-John looked at his contribution to Grenada bearing in mind that 47 years ago she and others either had to flee the country or hide for their safety under the regime of the Grenada United Labour Party (GULP) led by “Uncle Gairy”.

Sylvester-John first reminisced on the change that was ushered in by Gairy who championed the working class following his victory at the 1951 general election. The GULP leader is notably known for a number of initiatives including enforcing the “Land-for-the-landless” policy that in principle sought to correct many of the inequalities experienced by those of the poorer working class.

“It was a time of change because of the trade union issues confronting Grenadians at the time, the labourers and the people had no one to represent them and so he came back from Aruba — that was before my birth — but he was very active in bringing those issues forward and people would say he made them know underwear — meaning that he brought them into being treated as human beings, so for that we have to be very grateful,” she said.

History has proven countless times, that absolute power corrupts absolutely. Gairy himself became a dictator by opting to silence those in opposition. Sylvester-John was among those deemed in opposition and she recalled at that time while joining the nurse’s protest for better working conditions and wages, she and others were labelled detractors and accused of opposing the Gairy regime, and in 1972 was forced to fled Grenada for the United States in fear of becoming the victims of a private militia called the “Mongoose Gang”.

“I was hustled out of Grenada. My parents were informed by someone… that the prime minister at the time Sir Eric Matthew Gairy had allegedly had a manifesto with the names of people I guess he found to be detractors. So one of the policemen who lived in my village, I lived in St David, was a friend of my parents and so he suggested that they get me out of Grenada quick and in a hurry,” Sylvester-John said.

Being very active in the politics of Grenada at that time of political instability, Sylvester-John like many others were involved in the black power struggle in the 70s, and later returned to Grenada in 1974 despite being targeted by the then government.

However, Sylvester-John believed that his vision for the country was sincere and his efforts in stopping the discrimination faced by people of darker complexion must be lauded.

“We were subjected to colonialism which means that if you were light-skinned you are accepted, and [if] you are darker means you stay behind… Even with the banks, you would see people at that time with 5, 6, 7 and 8 subjects and back then we didn’t do 15 subjects, and the colour of your skin was the major thing you were judged on.”

She continued, “The vision was there, and the vision was real and we needed that as a people, but after a while, it became a one-man show so to speak and things were not the way they should have been, as we young people at the time saw it.”

An article published in the New York Times in 1997 has quoted Sir Eric during an interview in 1995 as saying that he was the victim of “a Communist propaganda campaign” as he responded to charges of human rights abuses during his time in office. Gairy became Grenada’s first Prime Minister and served leading up to Independence in 1974 until his regime was toppled in a coup by Maurice Bishop in 1979. He died on 23 August 1997.

For Sylvester-John and others, the legacy of Sir Eric Matthew Gairy will continue to receive mixed reviews, but what is undeniable is his contribution towards elevating the working class. 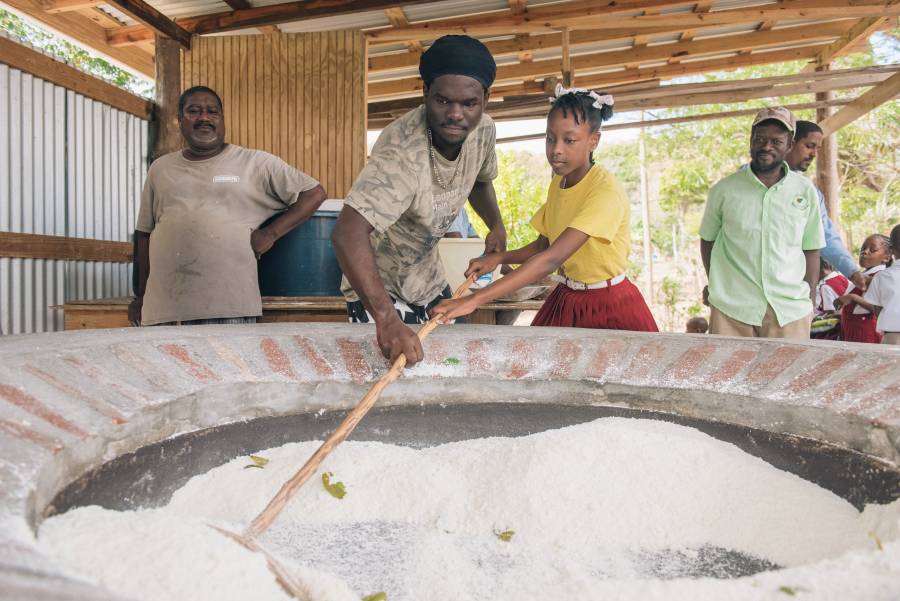