This story was posted 2 years ago
in Arts/Culture/Entertainment, PRESS RELEASE
1 min. read 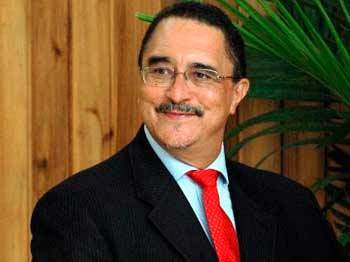 All systems are in place for the 4th Annual March 13th Lecture on 12 March, with the arrival in Grenada yesterday of guest speaker, Dr Kenny Anthony, former Prime Minister of St Lucia.

The Lecture takes place today at the Grenada Trade Centre, starting at 6:30 pm and is open to members of the public. Dr Anthony, a former Law Lecturer who was one of the longest-serving Heads of Department in the Faculty of Law, UWI Cave Hill Campus will speak on the topic: “The Impact of the Grenada Revolution on the Region: The St Lucia Experience”.

In 1997, Dr Anthony led the St Lucia Labour Party to the largest ever majority in St Lucian electoral history, 16 seats to 1. In 2001, his party won another big margin victory 14–3. His party lost the December 2006 elections, but returned to office 5 years later in 2011.

During his tenure as Prime Minister, Dr Anthony served as lead Prime Minister for Justice and Governance in Caricom and, after 2011, became responsible for Sustainable Development (including Environment and Disaster Management and Water). Dr Anthony continues to serve his constituency as a representative in the St Lucia Parliament.

An outstanding academic, Dr Anthony holds First Class Honours degrees in both Government and History and in Law.