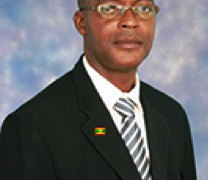 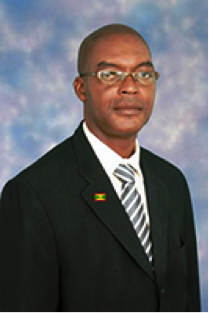 As of 12 March 2019, Elvis Morain, Permanent Secretary in the Ministry of Agriculture, took the oath of office to be the Supervisor of Elections. According to the Constitution, that position must be held by a person holding a public office.

The Office of the Governor-General confirmed that Morain took the oath on 12 March, the last day of work for Alex Phillip, Principal of the Wesley College who took the oath for the Supervisor of Elections position in 2016.

During his tenure, Phillip supervised 3 national polls – two referenda and one general election. “It was an honour serving that position. It provided added experience and knowledge to me. I learned a lot and truly enjoy giving my contribution,” said Phillip, who had to demit office because he has reached the age of retirement for public servants.

Morain, who is a former Chief Education Officer, is presently serving as Permanent Secretary in the Ministry of Agriculture. He will now have to share his working time between both offices.

Section 35 of the Constitution states that there shall be a Supervisor of Elections whose duty it shall be to exercise general supervision over the registration of voters in elections of the members of the House of Representatives and over the conduct of such elections.

“The functions of the office of Supervisor of Elections shall be exercised by the person holding or acting in such public office as may for the time being be designated in that behalf by the Governor-General acting in his own deliberate judgment,” said clause 2 of the section while clause 3 said that a person shall not enter upon the duties of the office of Supervisor of Elections until he has taken and subscribed the oath of allegiance and the oath of office.

NOW Grenada is not responsible for the opinions, statements or media content presented by contributors. In case of abuse, click here to report.
Tags: elvis morainlinda strakerministry of agriculturesupervisor of elections
Next Post