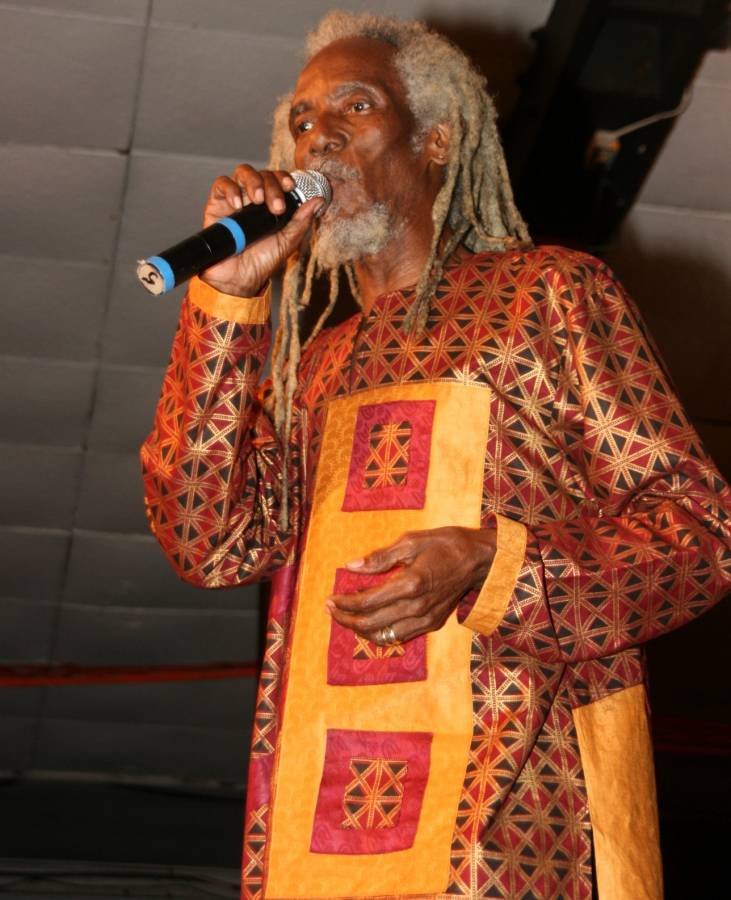 Brother Valentino, known for his many positive and progressive liberating songs, many of which he performed in Grenada during the 1979-1983 Revolution, including the classic “Stay Up Zimbabwe”, flew in on Thursday night, in preparation for the vintage show. His classics include “Stay Up Zimbabwe” and “Life is a Stage”, which he is expected to render at today’s show.

The show, which begins at 8 pm, also features Skylark and Snaky Boy, former road march winners. Snaky Boy is remembered for his 1981 road march hit “Charmiane Darling”. Carriacou based Skylark won the road march in 1989 with the ever popular “Ah Coming”.

The Grenada Revolution Celebrations Committee is organising a series of activities for the landmark 40th Anniversary of the advent of the historic 13 March 1979 Revolution, the very first Revolution in the English-speaking Caribbean.

Other key activities include the 4th Annual March 13th Lecture to be delivered by former Prime Minister of St Lucia Dr. Kenny Anthony on 12 March at the Grenada Trade Centre at 6:30 pm and an exhibition at Norton Hall which runs from 13-15 March.

Dr Anthony, a former Senior Law Lecturer at the University of the West Indies (Cave Hill Campus Law Faculty), will speak on the topic “The Impact of the Grenada Revolution on the Region: The St Lucia Experience”.