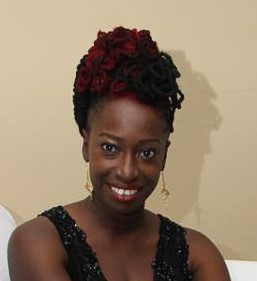 This story was posted 3 years ago
in Athletics, General News, Sports
3 min. read

“We still have outstanding debts, but we have been in contact with our debtors like any business and we obviously have a plan in place which we have discussed with them, which we are in the process of executing,” said Purcell during the media launch of the 2019 games last Friday.

On Monday, when asked to clarify the conflicting information, Purcell said, “Our outstanding amount to debtors is not considered as debt, it’s a current liability. We have never taken out a mortgage. We raise our revenue by sponsorship and ticket sales,” she said while explaining that she is unable to provide the total amount the company owes, due to a confidential agreement.

“We have promised our debtors to not make the amount public, so I am unable to provide that information,” she responded, pointing out that all athletes who participated in the games in 2017 and 2018 have been paid and the outstanding debtors are service providers.

“Clearing the debts with the athletes was a priority so that the Grenada Athletic Association can apply for the Area Permit Meet because we did not want to water down the games and did that and then we were informed that the permission was granted. Now we are working on settling with the other debtors,” said Purcell, who disclosed that the organising committee only received the approval notice from the GAA last week Monday.

“And that is why we were able to launch last week Friday to say that the Invitational will be on April 13th. Now we are talking with potential sponsors to finalise because we would not have the final decision with our sponsors in the absence of us receiving the APM approval,” she said.

At the launch, Acting Sports Minister Winston Garraway, disclosed that government has gotten into a three-year agreement to contribute EC$500,000 towards the games without disclosing the years. However, both himself and Purcell on Monday confirmed that the agreement covers the years 2017 to 2019.

“Government has pledged within a contract for 3 years to provide $500,000 to the Grenada Invitational Inc, and we will continue to do this. There are specific guidelines relating to how it will be utilised. Now we want to make sure that all the late fees are taken care of so this will happen out of the monies we’ve pledged, and the remainder will go towards the production of the events,” said Garraway.

Besides, the financial contribution from Government, the Memorandum of Understanding also focuses on support for the use of the stadium, equipment and other technical support through the Ministry of Sports.

Purcell said that the 2019 games preparation and coordination began immediately after the 2018 games despite the resignation of two directors in September and October 2018.

Pure Grenada stands out with designer stand at ITB 2019