This story was posted 3 years ago
in Arts/Culture/Entertainment, OPINION/COMMENTARY
3 min. read

That theme drew adverse criticism from some quarters, but it was in no way intended to portray Grenada or its people in a negative light. Instead, it was a vision of the then NDC administration, and particularly then Culture Minister, Arley Gill, to harness, promote and capitalise on those unique aspects of our Carnival culture that set us apart from the rest of the region.

Eight years later our Spicemas is still the home of 100,000 Jab Jab and now undisputedly, we are the J’Ouvert capital of the world. The economic impact of this Carnival status is no doubt significant, but we can do even better.

With that vision taking root, it was only a matter of time, and to some, no surprise, that this year our artistes (Mr Killa, Mr Legz and Mandella Linkz) made it to the world’s biggest soca stage with songs bearing the Jab Jab rhythm.

The NDC extends hearty congratulations to Mr Killa on his comprehensive and historic victory at the ISM 2019. Mr Killa’s performance and his post-performance interview were stunning demonstrations of a top-notch Cultural Ambassador in action. The NDC also extends congratulations to Mr Legz and Lil V’ghn on their third-place positions in the Power Soca and the Groovy segments respectively. Mandella Linkz and Wuss Wayz performed beautifully and we are certain that their respective performances will be the cause of a number of people coming to Spicemas 2019 for the first time. You were all great ambassadors.

We are immensely proud of all our artistes who represented us at the ISM and we commend the Spicemas Corporation and Government of Grenada for all the support given.

The unique Jab Jab rhythm is one of those aspects of our carnival culture that sets us apart from all carnival playing nations. Since Tallpree laid the foundation with his hit “Ole Woman” and building on the vision of Arley Gill and his Cabinet colleagues, our Jab Jab rhythm has been embraced across the region and beyond, as scintillatingly infectious and uniquely Grenadian. Our artistes must be praised for the way they have used this unique Grenadian genre to place the spotlight on our Carnival and to advance their entertainment careers.

Our J’Ouvert and the Jab Jab rhythm is not the only aspect of our Carnival that is unique and can be capitalised to our advantage. Our other forms of traditional mas’: Short Knee, Vieux Corps, Wild Indian and Shakespeare Mas’ are all uniquely Grenadian.

When the inaugural Traditional Mas’ Festival and Exhibition was held during Carnival 2011, it was part of the NDC’s vision to ultimately shift the focus of Grenada’s Carnival to those unique aspects, thereby drawing more interest in Spicemas and visitors to our shores. Although the festival has survived, unfortunately, it has not grown in the way envisaged by the NDC in 2011. It is perhaps an even smaller affair than what took place in 2011 and 2012. Had this vision been shared by the government that replaced us in 2013, by now, Grenada’s Carnival would have been an explosion of our Traditional Mas’ art forms. The truth is, culture and the arts have never been priorities of the NNP in office.

The history of carnival in Grenada is a long, rich one. In fact, some historians assert that it was Grenadians fleeing to Trinidad during Fedon’s Rebellion of 1795 who brought carnival with them. Rightfully, we should strive to take our entire carnival festival to the heights that Mr Killa and the other artistes have taken our music. For that to happen, the vision and the will must exist among those in authority.

There was a time when, to be accepted in the elite Calypso and Soca fraternity, artistes had to adopt Trinidad as their home. We have come a long way from those days and while we celebrate the success of some of our artistes and the greater unity among artistes across the region, we must work to ensure that no one with talent is left behind, and that our carnival takes its rightful place at the top. 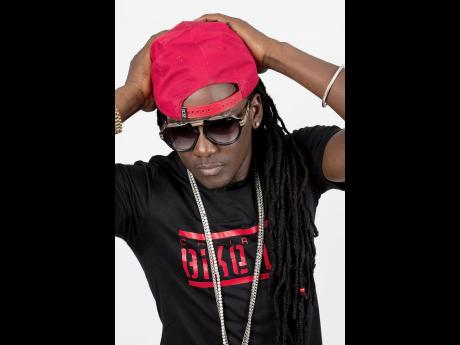