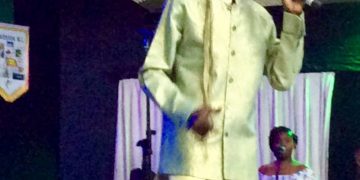 This story was posted 2 years ago
in Arts/Culture/Entertainment, PRESS RELEASE
3 min. read 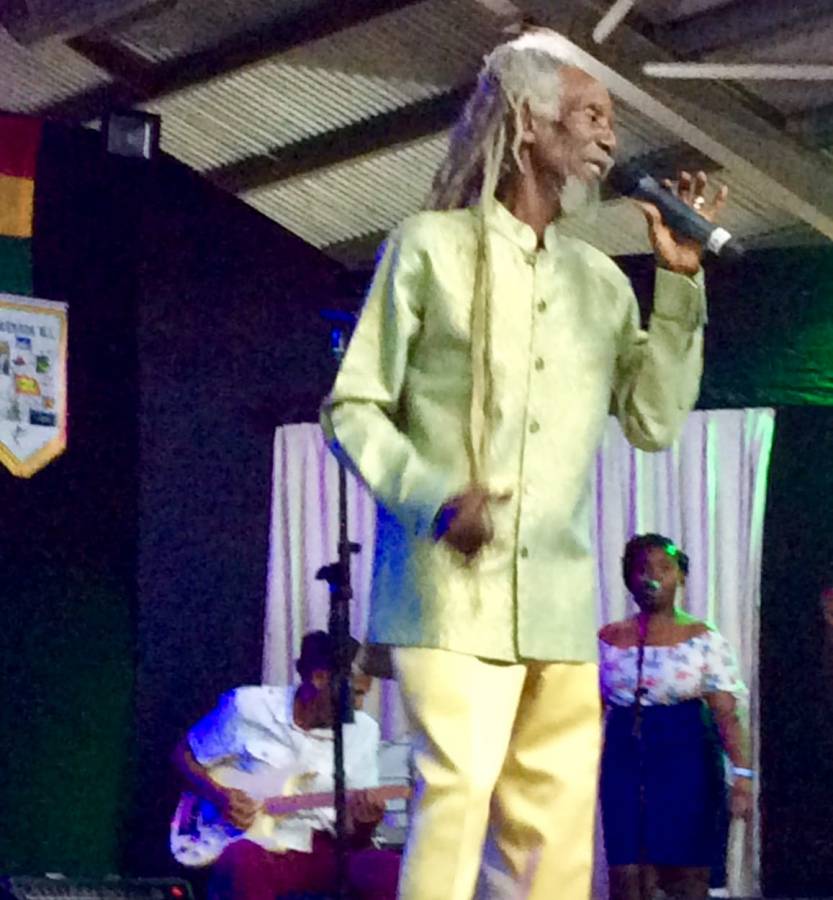 A lively and highly appreciative audience soaked in well over 4 hours of vintage calypso at the Grenada Trade Centre on Saturday evening, 9 March, with a total of 7 calypsonians delivering many hits of yesteryear and a few current ones.

The occasion was Champs in Concert organised by the Grenada Revolution Celebrations Committee as part of a series of activities to mark the 40th anniversary of the advent of the 13 March 1979 revolution.

The show featured internationally acclaimed calypsonian Brother Valentino and 4 Grenada calypso monarchs with a total of 22 crowns. The 2 nine-time monarchs, King Ajamu and Scholar, 3-time monarch Black Wizard, and the 2017 monarch Rootsman Kelly, all lived up to the high expectations of those present, with their stage command and powerful renditions.

Scholar gave the added treat of being accompanied on stage by 2 of his daughters, including his youngest, as he sang “Legacy” and “Voices”.

Brother Valentino, at 77 years, showed no sign of retiring from the big stage, belting out his hits, including “Stay Up Zimbabwe” and “Life is a Stage” with characteristic cool and clarity.

Snaky Boy gave an early energetic performance of his 1982 Road March hit “Charmaine Darling” and Skylark demonstrated his enormous talent and versatility with a few renditions, including his 1989 Road March “Ah Coming”.

Making a surprise and well-received appearance was Brian London, the reigning Extempore King of Trinidad & Tobago and a regular finalist in the Calypso Monarch competition. He entertained the audience with an extempore rendition and a taste of his hit songs.

Though 4-time Calypso Monarch Flying Turkey was unable to fly in from the USA for the show due to prior commitments, his presence was definitely felt during the well-executed rendition by Scholar and Ijahman of his 1980 classic “Innocent Blood.” Ijahman, a well-known dub artiste, sang the original song with Flying Turkey in 1980, composed after the 19 June 1980 bomb blast in Queen’s Park took the lives of 3 young ladies attending one of the mass rallies of the revolution.

One of the special moments of the show was the presentation of a plaque to Black Wizard “a true calypso icon” on his 50th anniversary as a calypsonian (1969-2019) by Glen Noel on behalf of the Grenada Revolution Celebrations Committee.

During Saturday’s show, Trinidad-based Bro Valentino and Brian London, and the local kings, to loud cheers of the audience, heaped praises on newly crowned International Soca Monarch Mr Killa and the other Grenadian artistes who all gave good accounts of themselves in the recent Soca Monarch competition in Trinidad. Regrettably, Saturday’s Champs in Concert clashed with the massive welcome home activities, announced only last week, for Mr Killa and the other members of the Grenadian team.

The next major activity of the 40th anniversary celebrations is the 4th Annual March 13th Lecture to be delivered by former Prime Minister of St Lucia Dr Kenny Anthony on 12 March at the Grenada Trade Centre, starting at 6:30 pm. Dr Anthony will speak on the topic “The Impact of the Grenada Revolution on the Region: The St Lucia Experience”.