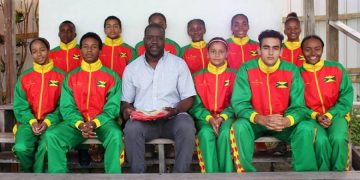 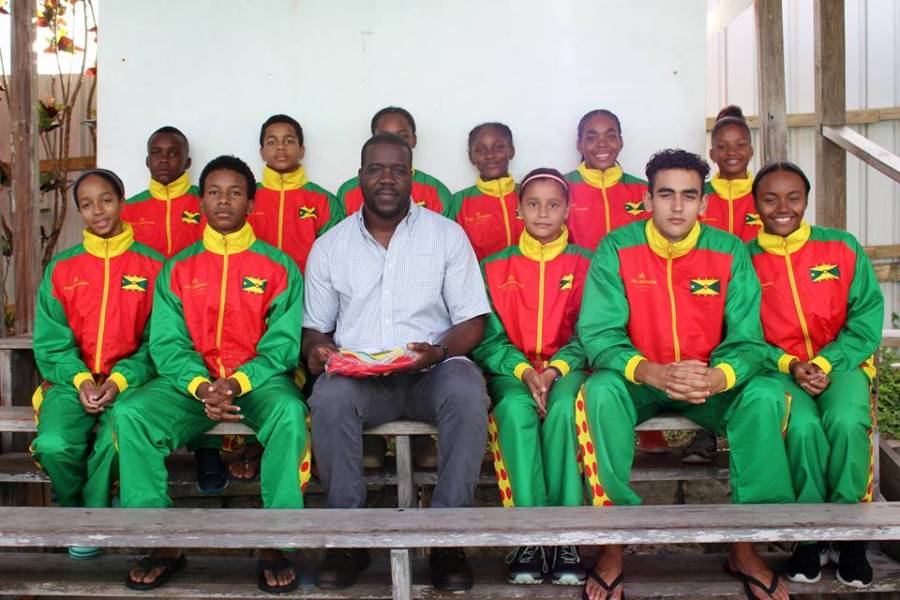 Having attained the qualification standards, a 13-member team was named to represent Grenada in Barbados to compete in the 34th CARIFTA Aquatic Championships, which takes place from 11-25 April 2019.

Following the March 2019 announcement of the team, Jenebi Benoit indicated his inability to take up his selection for the team due to academic commitments for his upcoming CSEC examinations.

The past month has been marked by an intense 6-day a week training schedule of which swimmers are expected to maintain a 95% attendance rate to maintain their position on the team. Training has comprised of both dry land and pool training aimed at strengthening swimmers to enhance their performances.

Minister of Sports, Senator Norland Cox, visited with the team last Thursday to share some words of encouragement before their departure later this week. Minister Cox gave an assurance that they had the full support of the ministry and the nation. He encouraged the swimmers to excel to their fullest potential at the upcoming CARIFTA Swimming Championships.

Last Saturday, the swimmers also took part in motivational session led by Dr Rudi Webster, former cricketer and renowned Caribbean sports psychologist. The session was well received by all of the swimmers and served to complement all their preparation for a well rounded and balanced perspective as they make their final preparations to depart on 18 April.

2019 represents the first CARIFTA appearance for swimmers Sara Dowden, Nathan Fletcher and Eli Zerpa. We are looking forward to strong performances from all our swimmers at CARIFTA as it is seen as one of the foremost regional competitions.

The team is scheduled to return to Grenada immediately following the conclusion of the swimming competition on 24 April.