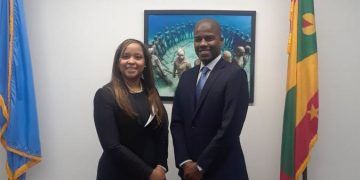 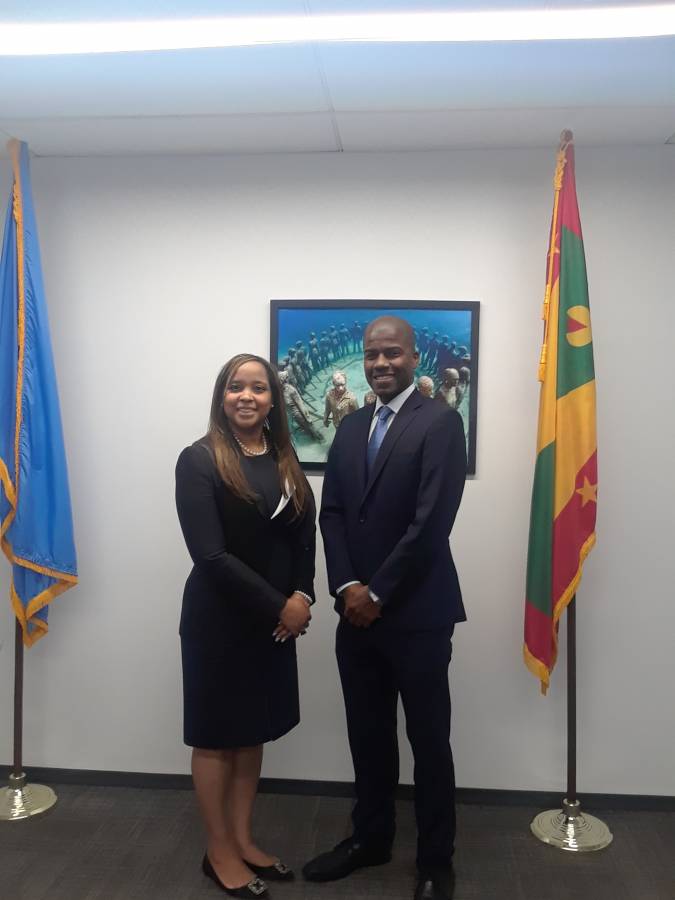 Special Envoy of the British Virgin Islands Government Benito Wheatley has paid a courtesy call on Her Excellency Ambassador Keisha A McGuire, Esq. Grenada’s Permanent Representative to the United Nations at a meeting in New York on 17 April.

Wheatley congratulated Ambassador McGuire on her earlier election as Chair of the UN Special Committee on Decolonisation and expressed confidence in her leadership, particularly as the British Virgin Islands remains one of territories on the General Assembly’s list of non-independent countries.

Commenting on the courtesy call, Wheatley said, “The Caribbean remains an important area of focus for the Special Committee on Decolonisation as the UN’s Third International Decade for the Eradication of Colonialism draws to a close and preparations are being made for the Fourth International Decade. There have been a number of significant developments since the hurricanes of 2017 which demand the committee’s attention. I am confident that the Special Committee will successfully guide the UN’s work in this important area under the leadership of Ambassador McGuire.”

The courtesy call came ahead of the United Nations Caribbean Seminar on Decolonisation in Grenada from 2-4 May 2019.

Government of the British Virgin Islands

NOW Grenada is not responsible for the opinions, statements or media content presented by contributors. In case of abuse, click here to report.
Tags: benito wheatleybritish virgin islandsdecolonisationkeisha mcguireunited nations
Next Post

Prime Minister meets with visiting delegation from The Kuwait Fund