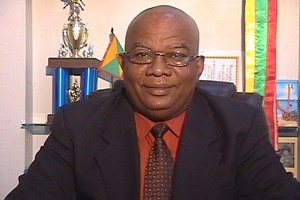 This story was posted 3 years ago
in Business, Politics, PRESS RELEASE
3 min. read

In accordance with the Public Utilities Regulatory Commission (PURC) legislation which was approved by both Houses of Parliament in 2016, the Government of Grenada earlier this year appointed and gazetted a 3-member commission.

Chaired by Dr Spencer Thomas, the other members are Fitzroy James and Lawrence Samuel, while the day to day management of the office is headed by Chief Executive Officer Glenn Khan. The office is expected to be officially launched in the coming weeks.

Section 17 of the PURC legislation says that among other things the commission shall hear and determine complaints under section 18 relating to rates payable for any service of a public utility on the ground that such rates are unfair or unreasonable or contrary to law and hear and determine claims under section 19 by a public utility for a change of the rates payable for any of its services on the ground that such claimed rate change would be fair and reasonable, making the changed rate a fair return upon the fair value of its property;

It shall also hear and resolve any dispute that may arise between parties governed by an enactment regulating the supply of services by a public utility, as may be provided by the enactment, and in accordance with the procedure under this part.

Sub-section D under functions said that the commission shall provide advice to any other minister with responsibility for the sector in which any public utility subject to this act, in the performance of his or her functions, duties and powers as provided for under the enactment and any licence or permit granted under the enactment; and enforce the terms and conditions of any licence granted or issued pursuant to any enactment under which the commission has been conferred regulatory functions and powers, and the provisions of the enactment shall apply in the event of conflict with this act to the extent of the inconsistency.

The commission whose professionals have wide backgrounds in public and private work, shall also carry out any other function that may be assigned to it under any enactment regulating the sector in which any public utility subject to this act operates, including to hear and determine any other matter designated to be under the jurisdiction of the commission and to perform any other function and exercise any other powers designated to it, under any other enactment, including to hear and resolve disputes between public utilities and consumers or other persons.

A commissioner will be appointed for 3-year period and can be re-appointed at the end of the tenure.