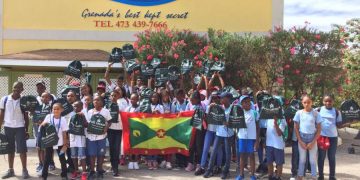 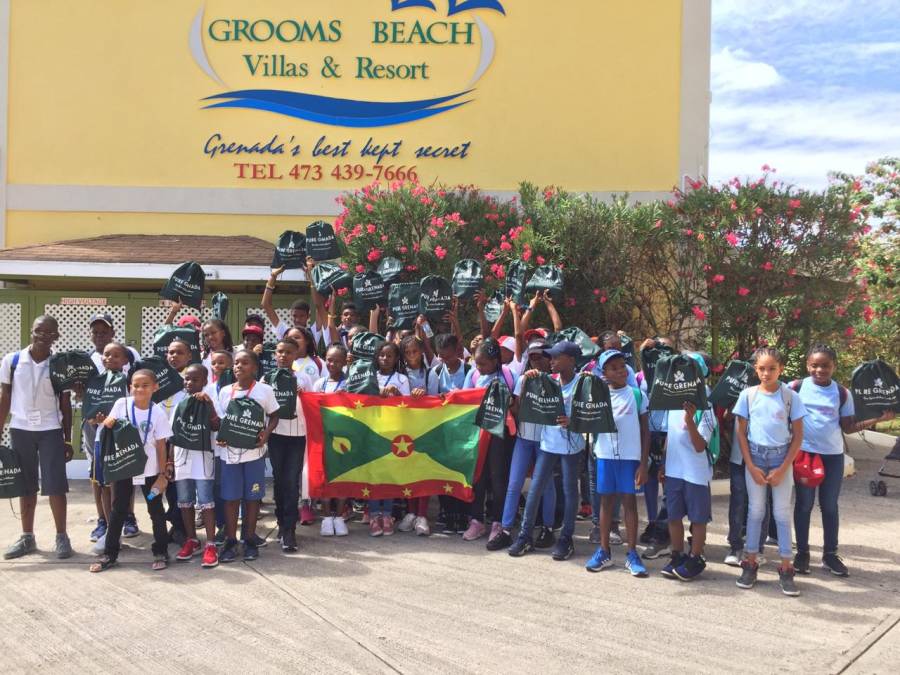 46 young children are visiting the Spice Island from Guadeloupe, on a kiddies cricket programme coordinated by the French West Indies Cricket Association.

The aim of the kiddies programme is to integrate the children of the French Caribbean into the Anglo-Caribbean culture, using cricket as the vessel for education. As cricket is an unknown sport in the French Antilles, the children will have the opportunity to learn about the sport in both theory and practice as well as interact with local children. The programme began on 22 April and will culminate on 26 April. The children were accommodated by chaperones from their respective schools and the Ministry of Education of Guadeloupe.

During the programme, the children attend cricket training workshops, organised by the Grenada Cricket Association, where they learn and play cricket in the morning. They then attend island tours in the afternoon. The older children also have the opportunity to participate in interactive English language sessions. The programme is entirely organised by the French West Indies Cricket (FWIC) a young organisation, with the goal of promoting and developing cricket throughout the French Antilles.

The FWIC intends to spread the kiddies programme across the Caribbean and will be taking a new batch of kids to Barbados in May. The association also intends to make the Grenada trip an annual Easter event, to integrate more kids into the Grenadian culture.

French West Indies Cricket would like to thank the Government of Grenada, The Airports Authority, Grenada Tourism Authority, Grenada Cricket Association, the Alliance Française, Grooms Resort and Villas, Deyna’s Tasty Foods and Elvis Taxi and Tours for working along with the team to make the trip a success.

NOW Grenada is not responsible for the opinions, statements or media content presented by contributors. In case of abuse, click here to report.
Tags: alliance francaisefrench west indies cricketgrenada cricket associationguadeloupe
Next Post