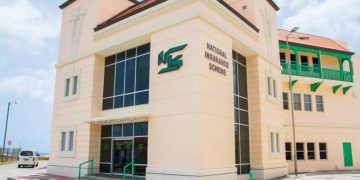 NIS did not give Government a “haircut” on debt

NIS did not give Government a “haircut” on debt

Williams said that NIS was one of the few to not lose any money through the government debt restructuring programme. The Government of Grenada did not have a loan with the NIS, but the debt to NIS is in the form of interest on treasury bills and bonds invested by the NIS. The total amount is EC$211 million with a maturity date at different years.

Under the restructured arrangement, the maturity date will move the original year to another year. “The money will be recouped down the road,” he told attendees at the first in a series of public consultation aimed at providing information on recommendations from actuary reports which calls for increasing contributions and the retirement age.

Grenada entered a 3-year, IMF supported Homegrown Structural Adjustment Programme (SAP) in January 2014.  The main objectives of the programme were to boost inclusive growth and job creation and to restore fiscal and debt sustainability.

Through the programme, a number of debtors re-arranged payment that resulted in the country receiving millions in debt forgiveness or change in the year of repayment. During the SAP, the country also approved several new financial legislation pertaining to the fiscal management of the country.

In February 2019 the International Monetary Fund (IMF) expressed satisfaction with the Grenada economy 5 years after the island had adopted a home-grown structural adjustment programme with the Washington-based financial institution.