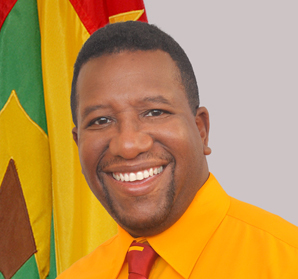 The main opposition National Democratic Congress (NDC) had its fourth resignation of its national executive member since the 13 March 2018 General Election, when Randal Robinson resigned as the Public Relations Officer (PRO) during the party’s first General Council for 2019.

“Long live the NDC. Today I left office as PRO. It has been my pleasure to serve. Know that I love you loads. Sabbatical time now,” Robinson wrote on his Facebook page late Sunday, hours after the party held its general council at the St John’s Anglican School.

On Monday Robinson explained that he had previously indicated to the party his intention to resign from the post. “I cannot be in more than one place at the same time and right now I am focusing on my business and some other personal things. My plate is full,” he responded when asked to explain his decision.

His departure from the party’s national executive brings to 4 the number of persons who resigned since the 2018 General Election – one in which the party was unable to win any seat in the House of Representatives for the third time.

The NDC which was the governing administration for the 2013 general elections failed to also win a seat in that general election making Grenada the only Commonwealth nation without an elected opposition in its parliament. The first occasion was in 1999.

Burke who resigned at the party’s general council in July 2018 had recommended that a convention to elect a new leader be held before March 2019. Joseph Andall who was the party’s candidate for the St Patrick West Constituency act as the interim leader.

However, no convention was held but a general council meeting was held on the last day in March 2019 and during the discussion, the attendees approved a resolution that a convention is to be held no later than 30 November 2019.

Glen Noel who is the party’s current General Secretary said that the management team of the NDC will meet to decide on who will speak on behalf of the party in the absence of not having an elected PRO. “We have a recommendation, so when we meet at the management meeting on Tuesday we will decide and then we will make an announcement,” he said.

NOW Grenada is not responsible for the opinions, statements or media content presented by contributors. In case of abuse, click here to report.
Tags: linda strakernational democratic congressndcrandal robinson
Next Post

Grenadian to run for 45th Council District in Brooklyn