This story was posted 2 years ago
in Arts/Culture/Entertainment, Business
3 min. read 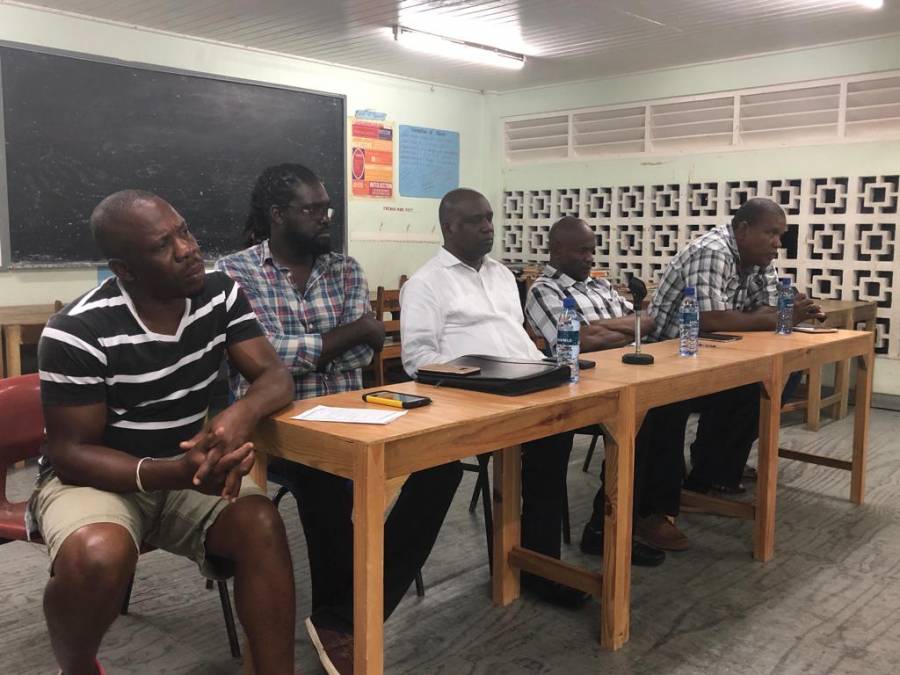 Over the past few years, more and more masqueraders are opting to travel to the parish of St David, now dubbed the Virgin Parish, to continue their last lap revelry for Spicemas.

But the increased influx of visitors each year also comes with some major challenges for the police and for the Virgin Parish Cultural Organisation (VPCO) committee that spearheads carnival activities.

One of the major challenges is the lack of funds to offset the costs involved in staging the various activities, including the Soca Monarch competition and J’ouvert.

Ragbasingh stated that despite efforts to raise funds there were some underlining costs associated with the staging of events that were unforeseen.

“We tried to see how best before the carnival to put on activities to raise funds; we are proactive in that however things happen. We have about 5 major events which get really good support, but then we have small events like every Wednesday during the carnival season we have activities. However, the sound system and other costs sometimes can be extortionate. People charge a lot for their sound system and that increases our cost.”

Members of the committee accompanied by Parliamentary Representative Oliver Joseph, the police and a representative of Spicemas Corporation (SMC) met with stakeholders at the Corinth Government School on Thursday, 25 April to gather feedback on ways to improve the experience of visitors attending the various activities for St David’s carnival.

The VPCO is also requesting an increase in subventions from the government.

Parliamentary Representative for St David, Oliver Joseph, commended the committee for having an early start in ensuring that this year’s carnival experience is enhanced. But he implored them to play a more active role in raising its own funds despite receiving a subvention from the government, in order to ensure that they do not incur a deficit.

“They have made a request for an increase in subvention, as you know how it is done. The government will give the subvention to the Spicemas Corporation and they are responsible for the distribution. What Spicemas expects is for the committee to raise more funds on its own and become less dependent on Spicemas.”

Stemming from that meeting, various concerns were brought to the fore including traffic congestion and parking arrangement, food safety, and the possibility of changing the route, among others. Some residents even offered their suggestions on ways to improve the festivity.

Other than staging carnival events, the organisation is also active in organising other sporting and cultural events including the staging of St David’s Day. Chairman of the committee Neil Williams said these recommendations and concerns will be reviewed by the committee.

“St David’s J’ouvert is an experience, it’s a product we have and we have to up the offering of our product, so we have to look at all avenues, leave no stone unturned to ensure that 2019 is the best carnival in St David.”

Williams said there will be an added feature to this year’s carnival in St David that is sure to enhance visitors’ experience.

“One of the things we will also be doing this year will be creating a carnival village which will run from Johnson Corner to Pepper Street, so we will be having an entire village. So within that village, you will get a real St David carnival-J’ouvert experience.”

Grenada at second Belt and Road Forum for International Cooperation