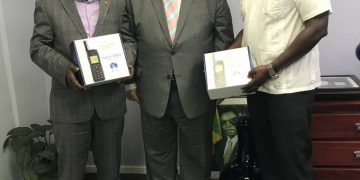 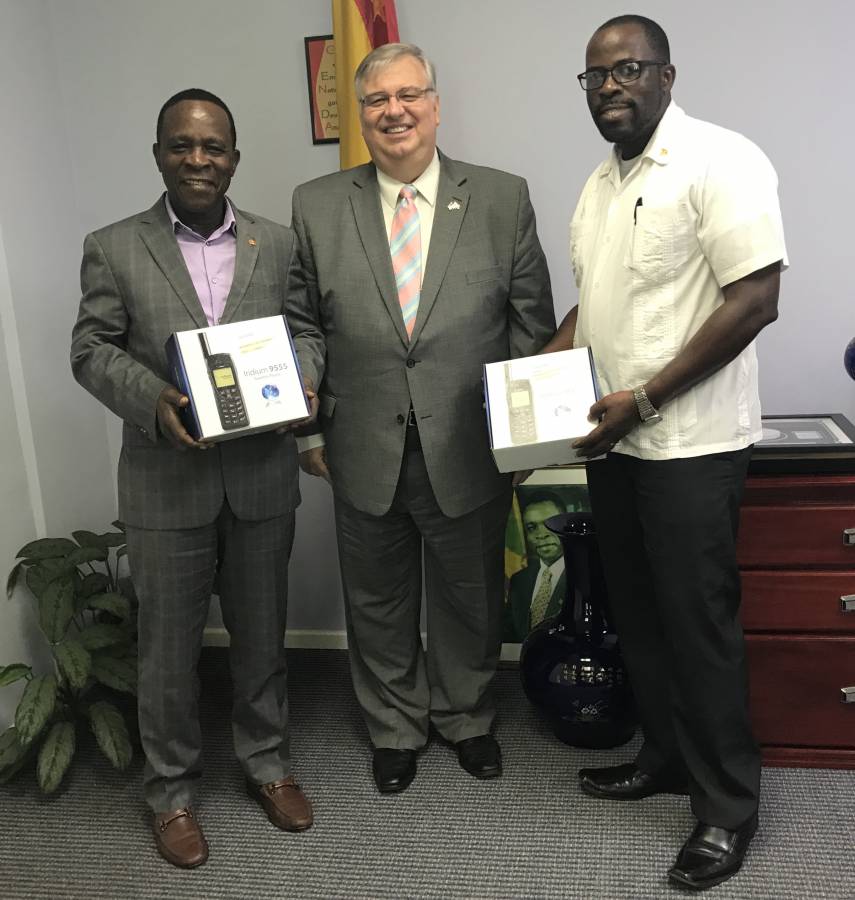 Prime Minister and Minister of National Security, Dr the Right Honourable Keith Mitchell on Friday received one of two satellite phones donated by the United States Embassy in Grenada.

The other satellite phone presented by Principal Officer of the US Embassy here, Stephen Frahm, will go to the National Disaster Management Agency (NaDMA). It was received by Minister with responsibility for Disaster Management, Senator Winston Garraway.

The Prime Minister welcomed the timely donation, saying it comes as preparations are made for the start of the hurricane season. Dr Mitchell recalled the difficulties experienced with communication in the immediate aftermath of Hurricane Ivan in 2004.

He said, “Communication is essential and after a disaster like we had in 2004, it becomes even more critical. I remember clearly not having a phone and the President of the United States was actually trying to reach me. We have since improved our emergency communications network, but this is certainly a welcome addition to what is already in place.”

Making the presentations, Frahm said satellite phones are good for emergency communications but he expressed the hope that they will never have to be used.

Dr Mitchell thanked Frahm for his kind wishes but noted that the frequency and growing intensity of hurricanes are indicative of what we can expect and as such, we must prepare ourselves accordingly. The Prime Minister thanked the United States for being a good partner to Grenada.