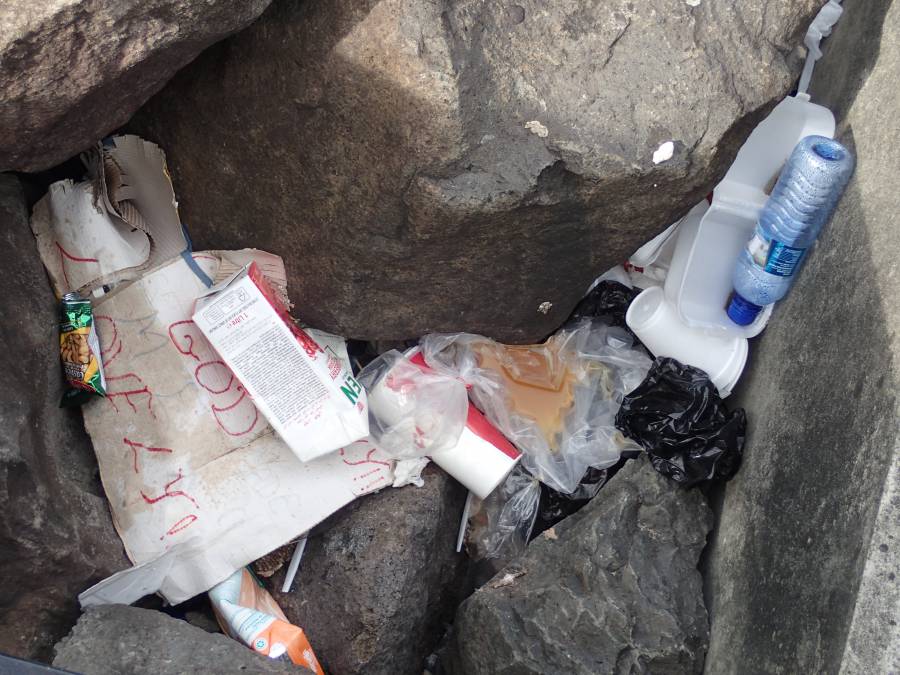 The Grenada Green Group has been in existence for 5 years now. Our group has the aim of reducing substantially the amount of litter which seems to be everywhere: in drains, in graveyards, left behind after events; and in our waterways – in rivers, in the sea, and on the beaches.

The Abatement of Litter Act will have it 4th birthday in August.

Disappointingly, there has been scant improvement in the public littering situation. A children’s party at the Morne Rouge playing field last year left the venue covered with litter, to the disgust of many. It was a children’s party, they said, so why do adults both set an example of littering, and condone littering by their children? Others said that children should enjoy themselves, and those who complained about litter were killjoys. One even said that foreigners who complain about litter should ‘go home’.

The roads that Prince Charles travelled along last month were scrupulously cleared of litter – but the dropping resumed within hours. Similarly, everybody cleans up for Independence Day and Christmas, but then drops it in huge quantities at Easter and on Labour Day. In other countries, conventional wisdom is that people litter less in clean areas. That does not seem to apply here. A clean area seems to be a challenge to the litterer to ‘decorate’ it with as many bottles and cans as possible.

Our group has a fine collection of photos of anti-littering notices with litter strewn around them. So litterers don’t (or can’t?) read.

Everybody knows that litter + rain = mosquitoes + Dengue (and Chikungunya and Zika). And that discarded food containers attract rats and leptospirosis. But that doesn’t stop the drop.

Tour guides are increasingly worried that their – and their country’s – income is threatened by so many tourist sites in ‘Pure Grenada’ being strewn with litter. Do we want to showcase to our guests how filthy we are, and deter them from recommending us? It seems so. To make matters worse, dumping is rampant at Mt Hartman, (which could be attracting bird watchers from all over the world), Savon Swayzee (wild natural beauty), and at many points in between.

The old lie persists that people are paid to pick up litter, so not dropping it is depriving some people of income. Not true! Some venues are cleaned after some events; but the approach roads (and rivers) are not included. So who picks it all up? Unpaid volunteers. No Solid Waste employee would be dismissed if littering ceased tomorrow.

It is well-known that plastic takes at least hundreds of years to break down, and that plastic in the sea is eaten by marine life, killing very many birds and ending up in the flesh of the fish that we eat, resulting in plastic in human tissue. Yet we keep accepting far more plastic bags than are necessary at every supermarket transaction, and ‘feeling entitled’ to have so many purchases individually wrapped when all we need is our own reusable bag.

Why is there an outcry about sargassum, which rots down to useful fertiliser, but not about plastic litter, which, depending on how you dispose of it, poisons soil, sea and air.

We have to change our attitude to consumption. Nobody can do it for you. Why is it that people are disgusted by garbage-strewn beaches, but are happy to leave their own litter there?

NOW Grenada is not responsible for the opinions, statements or media content presented by contributors. In case of abuse, click here to report.
Tags: abatement of litter actdumpinggrenada green grouplitterplastic
Next Post