NDC Heartbeat: Oil and Gas — Grenada vs. the Norm

NDC Heartbeat: Oil and Gas — Grenada vs. the Norm

This story was posted 3 years ago
in Business, OPINION/COMMENTARY
3 min. read

When countries have oil and gas resources, they typically sign Production Sharing Agreements (PSA) with foreign oil companies (in this article called FOC) for exploration and development of those resources.

There are certain basic characteristics in PSAs, that ensure that the country with the oil and gas resource and the FOC mutually benefit from the relationship. The PSA that our government signed with GPG on 31 March 2008 departed significantly from these basic characteristics, so that it was heavily one-sided in favour of GPG.

The FOC is usually a financially sound company with vast experience in commercial petroleum exploration and development. ExxonMobil, BP, Shell, Sinopec, Total SA, Phillips and Lukoil are among the top FOCs in the world. GPG is a locally formed company, set up on 11 December 2003, for the sole purpose of entering into the oil and gas agreements with our government. Therefore, at the time of signing the PSA with our government, GPG had absolutely no experience, expertise or history in the petroleum industry.

It also turned out that GPG lacked the financial means to undertake exploration and development. It did not come up with the upfront payments it was required to make under the agreements with government. The first US$2.5 million, it borrowed from an individual, Lev Model. The second sum of US$10 million to be paid within 1 month of signing the PSA, it did not pay. Instead, our government decided to accept a “comfort letter.” This US$10 million was supposed to represent GPG’s minimum exploration expenses. The failure of GPG to come up with this sum was early proof that it lacked the means to carry out its obligations under the PSA. Yet, Bowen and Mitchell recklessly persisted. Was there something in this deal for them and the NNP?

The Government of Grenada is the ONLY country to have signed a PSA with GPG since its formation in 2003. Why government chose to sign a PSA with GPG instead of seeking a relationship with one of the more experienced, financially sound, reputable FOC remains a mystery. The mystery is compounded by the fact that the PSA was signed against the advice of our legal experts.

With GPG, things are different. Under the PSA with GPG, Government is required to buy an interest of up to 20% in the investment. That means we are required to buy what we already own. Furthermore, once ‘purchased’ government cannot sell that interest to third parties without GPG’s prior written consent. The unreasonableness of this clause is astounding. We must ‘purchase’ an interest in what we already own then get GPG’s written permission if we want to sell what we have ‘purchased.’

Under normal PSA’s the country as owner of the resource decides whether or not it will exercise its option to participate and how it will do so. With us, GPG is calling the shots. No wonder the experts found the PSA to be so blatantly one-sided in GPG’s favour, that it “represents a reprehensible bargain between the parties.”

As we indicated in an earlier column, because everything about our oil and gas resources is veiled in secrecy, we do not know whether the government signed a different PSA with GPG after 2013. However, we have every reason to believe that they did not and are proceeding on the basis of this wholly one-sided PSA. We will, therefore, continue to share with the people of Grenada all we know of the agreements related to our oil and gas resources because we believe it is the people’s right to know.

We again call on Mitchell, Bowen and their Cabinet to stop with just talk of transparency. Back up those words with actions and publish the PSA. We urge every Grenadian to be ready to stand in defence of our patrimony. This issue is bigger than loyalty to a political party. It is about loyalty to country, love of country and defence of our inheritance for our benefit and that of future generations.

NOW Grenada is not responsible for the opinions, statements or media content presented by contributors. In case of abuse, click here to report.
Tags: ndcpetroleumproduction sharing agreements
Next Post 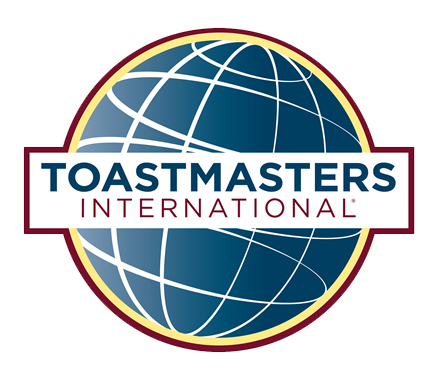