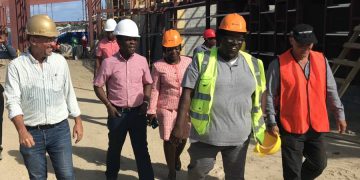 This story was posted 3 years ago
in Agriculture/Fisheries, Business, PRESS RELEASE
2 min. read 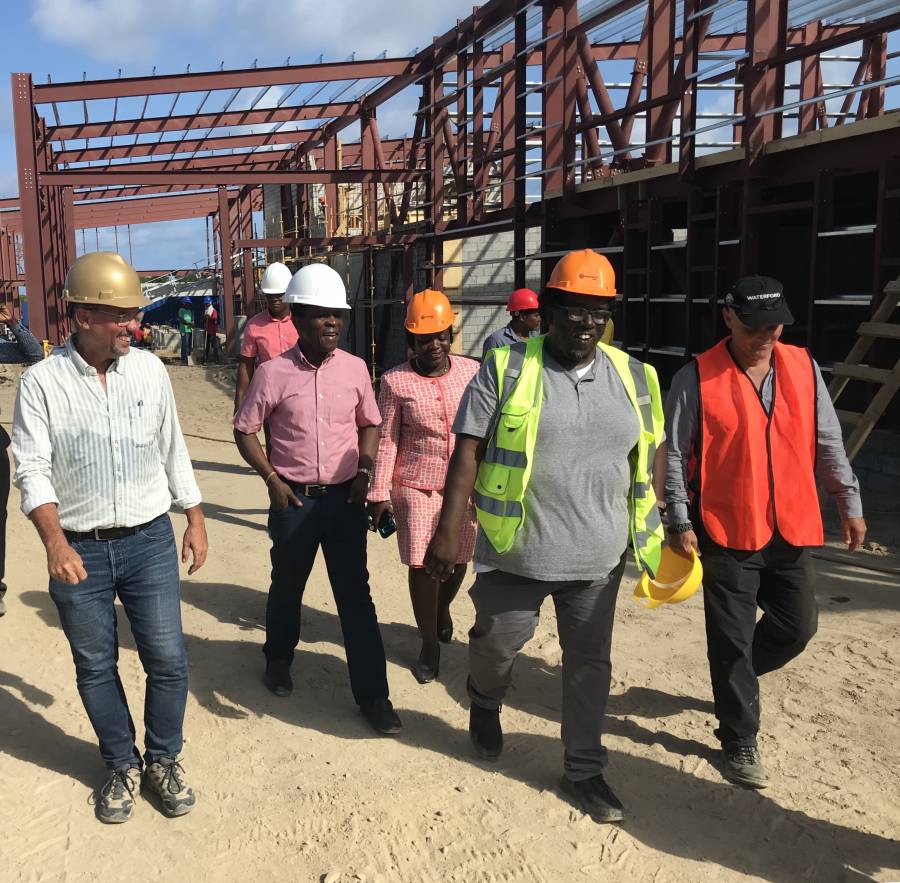 Touring the project site on Thursday and learning of its various dimensions the various aspects of it, Dr Mitchell said it is revolutionary in every sense.

Speaking after the hour-long tour, he said, “Coming here today and seeing this expansive activity taking place, and the vast potential of the end-product in promoting Grenada, I must say I am truly impressed. This project has evolved into something way beyond my expectation. It is revolutionary in every sense of the word.”

Grenada’s latest rum distillery is the brainchild of project developer, Mark Reynier who is the CEO of Renegade Rum. The project which will produce premium rum from locally-grown sugarcane, is considered a game-changer in the industry.

The Prime Minister lauded the project for its significant impact on the agriculture industry and the rural economy. “This project is having a real impact on the revitalisation of the agriculture industry. I am amazed to learn that 150 acres of land are currently under sugarcane production. This by itself, has significant potential to transform the rural economy. In addition, there is a growing level of ancillary activity taking place in the community and there is scope for much more.”

Once the distillery is operational, it is anticipated that about 3 acres of sugarcane will be harvested daily to facilitate production.

Dr Mitchell said, “The extensive capacity of this distillery will facilitate a level of rum production that will impact significantly on our export earnings and economic activity in general. This project is having an enormous impact on the country as it is also contributing to diversification of the local economy. I must commend the project developer and his team for conceptualising this initiative and bringing it to fruition.

In facilitating Thursday’s tour, Graham Williams said most of the equipment for the project is already on island and within the next few weeks, they will be installed, bringing the project closer to completion.

Twenty-five Grenadians have already been employed by the distillery and 60 others are currently employed in the construction phase of the project. The Prime Minister was accompanied by Parliamentary Representative for the area and Minister with responsibility for Youth Development, Hon. Kate Lewis.

NOW Grenada is not responsible for the opinions, statements or media content presented by contributors. In case of abuse, click here to report.
Tags: graham williamskate lewismark reynierrenegade rumsugarcane
Next Post

Higher gas prices for May 2019